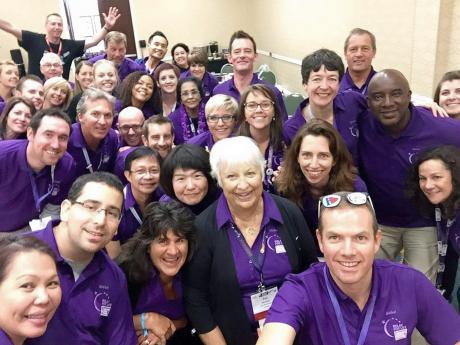 Contributed
The global delegation takes a selfie with Pat Flynn, who walked with Gordy Klatt, the founder of Relay for Life, at the very first Relay for Life in 1985. 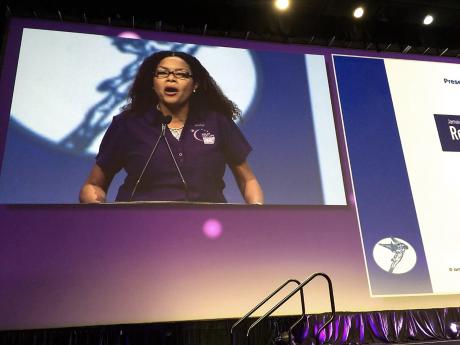 The Jamaica Cancer Society (JCS) was one of more than 30 organisations invited to participate in the "One World One Hope" Leadership Conference organised by the American Cancer Society (ACS).

The conference, held in Dallas, Texas, August 5-9, was attended by JCS executive director, Yulit Gordon, who described the experience as "very enlightening and one I won't soon forget".

At the conference, the JCS addressed a private session of global delegates as well as the conference plenary of more than 1,200 participants.

The discussions centred on a range of issues including cervical-cancer screening, HPV vaccine, tobacco cessation and cancer research.

Gordon underscored the need for deeper collaboration and

synergies between JCS and ACS. An invitation was extended for JCS to continue the dialogue, at a date to be arranged, with members of the ACS executive, at its head office in Atlanta.

Sharing the experience of the JCS in engaging young people in the cancer awareness, fundraising and prevention effort, Gordon also participated in a promotional video about the importance of fund-raising, with special focus on youth/student-engagement strategies as a means of helping to motivate and inspire future leaders to become ambassadors for the cause.

In the past decade, students worldwide have raised more than US$200-million to support cancer.