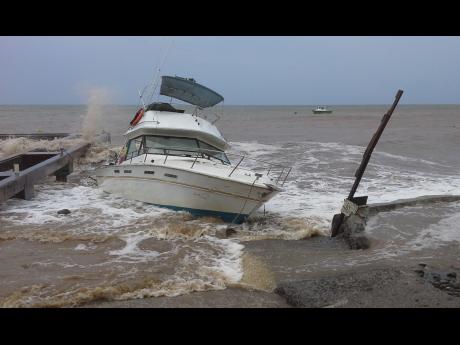 Jamaica is now under a Severe Weather Alert.

The Meteorological Service of Jamaica says some sections of the country are expected to be flooded by water from Tropical Storm Erika.

Head of the MET Office, Evan Thompson, says the country is to experience an increase in rainfall within the next two days as the weather system passes north of Jamaica.

Tropical Storm Erika is now located south-southeast of Santo Domingo in the Dominican Republic and is moving west-northwestward.

Thompson says the storm is expected to produce showers and thunderstorms in Jamaica, which could be heavy at times.

He further says some communities should be on guard for possible flooding.

Meanwhile, the MET office says sea conditions mainly north and east of the island will deteriorate in the vicinity of showers and thunderstorms due to gusty winds.

It says as a result, fishers and other marine interests should exercise caution.

The office says it will continue to monitor the situation.