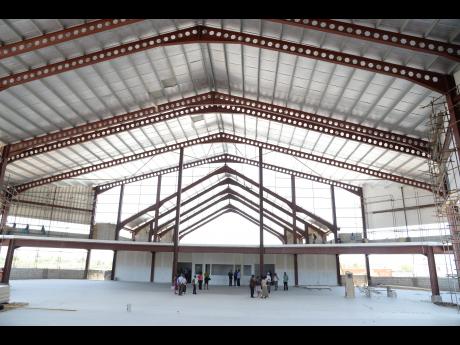 Jermaine Barnaby
An inside view of the Church of the Open Bible, Greater Portmore. 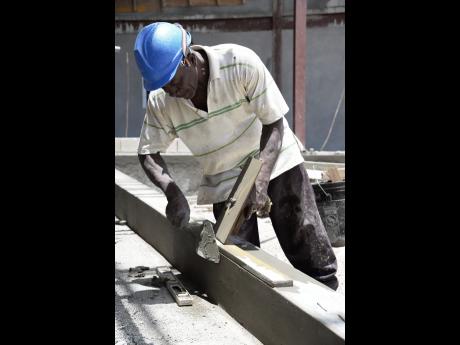 Jermaine Barnaby
A workman puts finishing touches to a section of the Church of the Open Bible during a tour of the facility in Portmore last month. 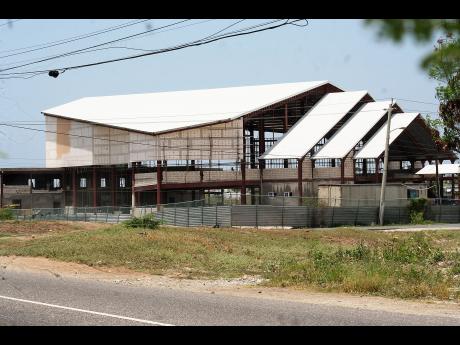 Contributed
An exterior view of the Church of the Open Bible while under construction. 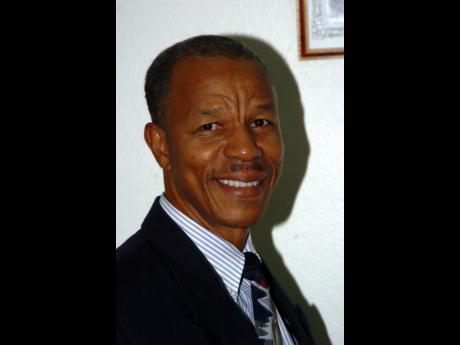 A 20-year dream is now a reality with the official opening of the new Chapel of the Church of the Open Bible - Greater Portmore, set for tomorrow.

The modern facility, which can accommodate up to 2,000 worshippers, will serve the dormitory community of Greater Portmore as well as Hellshire, St Catherine, offering spiritual as well as social services to residents.

Congregants had been worshipping on the grounds of the Greater Portmore Primary School, 2 East since 1994. Construction on the new structure, located at the corner of Hellshire Road and East 2nd Street, Braeton, began in 2014.

Henry explained that the project was 20 years in the making, and necessary, as in the 90s, a significant number of church members migrated to Portmore during the housing boom. The parent church saw an opportunity to create a facility for them, and worship started at the primary school in December 1994, while the hunt started for suitable land on which to build.

The 4.5-acre property was acquired in 2010, and the building initiative was led by KOBC, with support from the Open Bible Standard Churches of Jamaica family.

"The majority of support came from the giving of the brethren at KOBC and Greater Portmore," explained Henry.

KOBC contributed significant cash resources from the selling of the church manse and other assets, as well as donations in cash and kind from congregants.

The Greater Portmore church building is being completed in stages - stage one, just completed, included the foundation, floor, columns, roof, walls and part of the administrative area - approximately 80 per cent of the total building.

The second phase, to be completed as finances allow, will include the completion of the sanctuary and the rest of the administrative section, and phase three will include other facilities.

Henry said the church's purpose is fourfold - to glorify God, build up God's people spiritually, seek the salvation of the lost, and serve the community.

"We're providing the capacity for all to come and worship. It is the place to gather together," Henry said. "We see the need, and we're trying to help by God's grace."

There are approximately 60 Open Bible churches in Jamaica, part of an international body, Open Bible Standard Churches International, operating in more than 40 countries.

Tomorrow's grand thanksgiving service will begin at 5 p.m., with a special message from Reverend Dr Stevenson Samuels, Bible teacher, pastor, evangelist, chaplain, and public speaker. It culminates three nights of evangelistic services at the new location, which began on August 26.

Regular morning worship service will begin on Sunday, August 30, 2015 at 7 a.m. and every Sunday morning thereafter.