Dealing with suicidal thoughts after rape 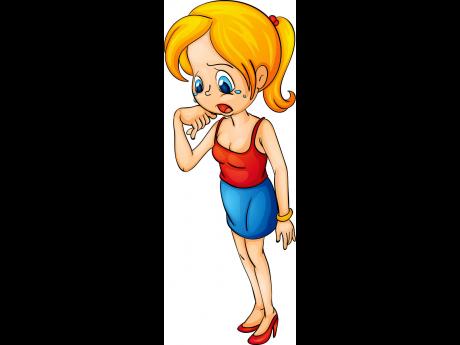 What do you do when death seems more attractive than trying to go through another day? That was the question that Janet Wilson (not her real name) answered for herself in the darkest hour of her life when she attempted suicide.

The one misconception she tried to clear up with Family and Religion is that a lot of people who commit suicide did not plan to; they never even dwell on it. "It was at that one breaking point, where everything came tumbling down and you just couldn't deal with one more thing."

According to her, family and friends sometimes beat up on themselves wondering how they could have missed the signs that their loved one was in trouble.

"If they didn't plan it, then you couldn't tell. For me, it was a chain of events that took me to rock bottom, but the more pain I felt, the harder I laughed and tried to be the fun one in the midst.

She said a sure way to spot if someone is trying too hard to be happy - forced laughter, fake bubbly personality - that person is trying to cover something.

Today, Wilson is thanking God her attempted suicide failed. For the sake of those trying to cope with the devastation of their loved ones committing the act, she opened up her life to Family and Religion.

A dark look came into her eyes as she took her thoughts back to that time in her life when she thought she did not have anything to live for.

It came at a time when she was in her late teens. She was on her way to church when she was attacked and brutally raped by a gunman. Upset and feeling betrayed by God, she stopped attending church and was enveloped by a wall of pain. To add insult to injury, Wilson discovered she had an infection from the attack.

Living away from her family with a couple who facilitated her going to high school, she felt alone, abandoned and miserable.

Janet did not tell them about the attack and when she went to the doctor, he told her guardian, as he knew her.

"That night, she cursed me and called me a liar, accusing me that I wasn't raped; that I slept with someone and it backfired and now I am saying it's rape," she said.

According to Janet, because her church brothers normally walked her home after church, the guardian thought she was involved with one of them.

After the accusation, Janet said she went into her room and tears flowed freely.

"I was battling guilt (thinking) that I didn't struggle hard enough to prevent the rape, with her accusation ringing in my head, feeling so alone. I missed my family. When I looked down the road, it was just one long road of misery and unhappiness. I looked across the night table and saw the bottle of tablets the doctor gave me and suddenly a light bulb went off in my head," she related.

Janet said at that moment she saw a way out of the sorry state her life was in. She took the entire bottle of capsules and laid down. Strangely enough, for the first time in her life, she felt a deep sense of peace.

"I knew I was going to die and I didn't feel any way about it. I actually felt at peace," she said.

In the morning when she awoke and realised the tablets didn't do what she thought they would, she actually felt happy she had failed. Janet did not get the time to dwell on much else as she started feeling sick right after.

For Janet, it was then she knew she had to tell her parents what was going on and asked if she could return home as she had already completed high school.

It was a long, hard road as she got upset with all the counsellors her parents advised her to talk to.

"I sit there looking at them trying to tell me how to move on and there I was thinking, 'Have they ever been raped? Do they have a clue what I am feeling?' "

She said she stopped seeing counsellors and only got deliverance when she accepted the Lord back into her life. He gave her the strength to pick up the pieces.

"Since then, I have been using my experience to talk to other rape victims and I find they open up to me. I wouldn't have wished this on anyone, but I use it to help heal others," she said.

For Janet, she gets upset when she hears the opinions of people who are judging suicide victims.

"You don't know, you don't know what it is like when you are in your hell, and death actually starts looking more attractive than life," she said, while crying.

Janet gave some signs to look out for to know when your loved one is in trouble.

"If that person was an extrovert and suddenly has gone in their shell, not talking, then chances are something is affecting them. If you notice they are always crying and getting emotional, then try and get them to talk. Never say you are giving them space to work things out ... that's the last thing they need!"

She said if she had just had someone to talk to, who kept assuring her how much she was loved, that thought might have never crossed her mind.