The other side of the barrel children phenomenon 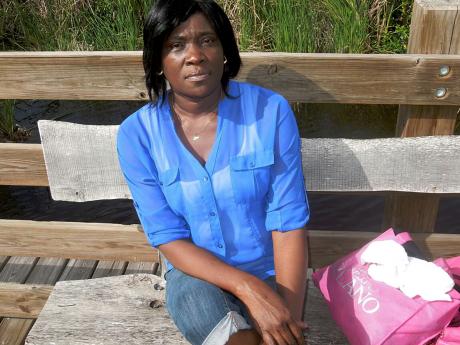 Last week, Family and Religion featured a young woman who defied the odds and withstood the negatives that accompany the 'barrel children' phenomenon.

Barrel children refers to individuals whose parents have gone abroad to work in an attempt to seek a better life for themselves and their families.

Many studies outline the defects of this occurrence where the "left behind" children are concerned.

But less researched is the effect the migration has on a parent, especially a mother who has to live a life away from her precious babies.

As expected, George's reason for migrating was the desire to improve her family's life.

According to her: "I recognised that my children had the ability to achieve much in life and I knew that staying in Jamaica would not have allowed that."

And though the realisation was clear and the results sure, George revealed that leaving was the hardest decision she had ever made in her life.

"It made me sad and extremely nervous. Even though they were staying with my mother, I was still affected. This would have been my first time away from my girls and it was heartbreaking to leave them behind," she said, adding that any mother would feel the way she felt.

And even though the decision was made and the deed done, the saddened mother could not ignore the pain it caused her.

"At first, I cried every day and night. One day my boss saw me and he didn't have to ask why I was crying. All he did was say, 'Annette, don't cry, you are here for the betterment of your children and they understand,' "she told Family and Religion.

When George left Jamaica, her daughters were ages 13 and 10, respectively.

Now 11 years later, she's proud to say that her children have "blossomed into beautiful women, inside and out, even though she wasn't there".

The mother credits the continued grace of God coupled with her prayers and her children's accomplishments, which gets her through the days.

"When I look and see them stand up, hold their heads high, and be the person God wants them to be, it makes me so proud. It also gives me strength to know that my hard work isn't in vain," said a grateful George.

The mother boasted her children's achievements: "My princess (24 years old) is now a degree holder and in a profitable job, and my baby (21 years old) is pursuing her creativity and is on a journey to be a successful entrepreneur.

I talk about them to people all the time. Sometimes they ignore me because they get tired of hearing the stories, but when I can't find anyone to talk to about them, I talk to myself and Jesus."

George says that although she visits from time to time, each time she is to return to work, it pains her all over again.

According to her: "I cry every time I sit in the airport to leave. It always feels as if it's the first time and I'm leaving my babies again, even though they are grown."

George was, however, pleased to tell Family and Religion that she will soon be home with her children for good.

"The worst has passed and they are at a place where they can help themselves, though a mother's work is never done. I have one more goal and as soon as that is accomplished, it's home sweet home."

George says although she has missed out on a very important phase of her daughters' lives, she did what she had to so they could live the life they imagined.

"I didn't do it for myself. I can remember the elder (13 years old at the time) saying to me, 'Mommy go and work the money and we'll take our education, make you proud, and carry you home'."

"I fulfilled my end of the bargain and so have they. I just have this last thing to do, for myself," George finished.