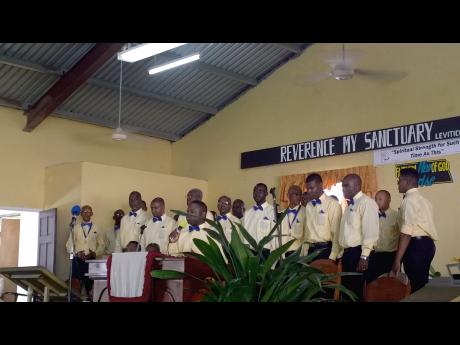 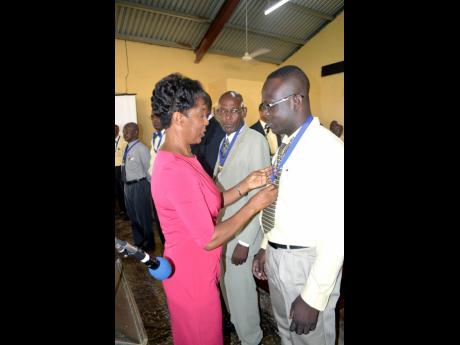 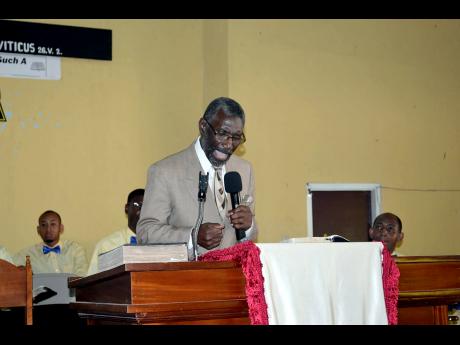 In a time when the men of the world are losing their morals and values and are becoming more depressed as a result of burdening circumstances, the men of the Royal Flat Seventh-day Adventist (SDA) Church are stamping their mark on communities nationally and empowering men to stand for what is right and just.

Having been actively engaged for just under three years, the cohort of approximately 35 men during a church service recently kick-started the second phase of an empowerment programme called 'Man Up'.

"The theme we used, 'Faithful Men of God Arise-Man up', was born out of a great need we have to carry out a 'Man Up' line ... this is coming out of a sermon I preached at the Harbour View SDA church earlier this year. The concept behind it is to urge our men to come up to a higher standard - to step up to the plate," stated the director for Men's Ministry, Jim Patterson.

He further added, "There are some primary things that we talked about; how we can motivate Christian men to live upright. We looked at how we can motivate men in general to live responsibly. That responsibility includes taking care of their families (and) to be responsible with the jobs they have. We want them to be responsible in terms of their deportment and stewardship and the work of the church; grooming them to (become) decent husbands by cherishing soft skills of speech, confidence, handling conflicts, and facing rejection; and finally preparing men to finish the gospel mission, by helping them to know themselves, know the Bible, and knowing the Lord."

Known for their 27-member chorale which has performed across the island, the ministry has also explored several other avenues for progression.

"We are one of three major chorales featured on Jamaica Union's National Men's Day; we opened and closed the National Men's Convention and we are now in high demand as every month we have requests coming in. We have a 17-member football team; we have planned and executed some of the largest social events for the women and raised funds to aid with the building of the church as well as to assist women in the community who need labourers. The beauty about this ministry is the diversity: each person has a strength that can be capitalised on," Patterson expressed.

With plans of going national with a T-shirt line, bumper stickers, and even a healthy juice, the coming years are looking well for this group of men.

"We want to empower our men holistically. We want a multiple effect of the concept of family being maintained, and that is, man, woman and children. We want to partner with the major towns and use those big screens to show some good movies with morals for the men," Patterson stated.

Acknowledging the work of men who have given selflessly to those around, several past and present members of the security forces, as well as other leaders, were awarded with medals of honour, signalling the continued work to making good works known.