Tanalyn and Roy Seal the Deal after 15 Years 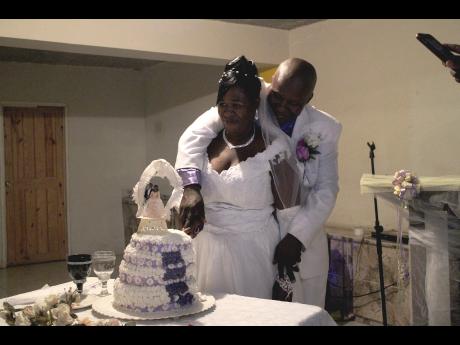 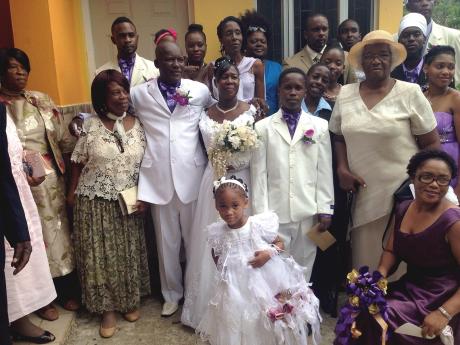 Tamara Bailey
Family and friends gather to share in day of love of the Bennettes.
1
2

Every love story is beautiful and unique with the ability to melt any heart, and it is no different with Roy Bennette and Tanalyn Campbell, who recently professed their love before God and man after 15 years of being together.

It was pure undiluted love as Tanalyn graced the aisle of the Grey Ground New Testament Church on Saturday, August 22, to meet her love, the smiles and occasional jitters signalled a moment of happiness that was shared between her and her partner.

There was nothing quite interesting with how the two met in 1999, but for Tanalyn, it caused her to blush at several moments during the ceremony.

"He operated a bus at the time, and I was travelling in it to Kingston. We started talking and he told me how much he liked me. I liked him too, but apart from my smiles, he didn't know I liked him as much because I didn't say. I eventually gave him my address because phones weren't as popular as they are now."

It was not long after that Roy went in search of Tanalyn at the address she had given him.

"He went there, but he couldn't find me. At the time maybe he thought I had given him a wrong address, but his timing was just bad," Tanalyn said laughing.

It was quite awhile before the two met up again and a relationship gradually blossomed.

"One of the most memorable moments for me was when he had a chartered beach trip and he took me ... . I don't remember if it was Ochi, but we were young and in love and we had the time of our lives that day."

Going through several rough patches in the relationship over the years did not stop Tanalyn from saying 'Yes' when the time came as the love they share outweighs all else.

"We are humans. We have had our bad moments, but we just push and guh through. That day (the wedding) I was excited because I knew what I was looking forward to. I love him and I want start a serious walk with the Lord and this needed to happen before."

During his speech at the reception, Roy expressed his pleasure in granting the first wish of his late mother.

"I want to specially make mention of my late mother, who always encouraged us to settle down and get baptised, I have granted her one wish and will soon grant her the other."

The two who have one son together and other children from previous relationships. Though they might cease procreation, they will undoubtedly create a home filled with happiness and endless love.