US fix for problem children 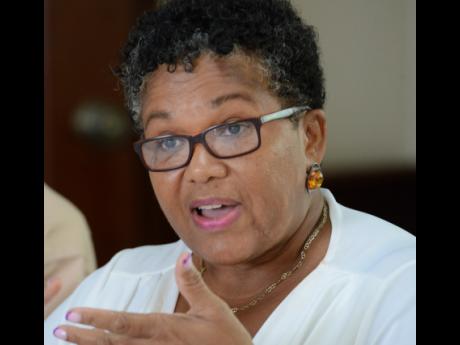 Not all local educators are buying into an overseas-based behaviour intervention strategy to be launched in 20 high schools across the island late next month.

According to former school principal Esther Tyson, who has been appointed to monitor the programme, the Positive Behaviour Intervention Strategy (PBIS) is an anger management scheme imported from Chicago in the United States to Jamaica.

Since last year, more than 1,000 teachers have been trained locally as part of the programme adopted by the Ministry of Education, which has also selected the schools for implementation.

The teachers were trained by behavioural psychologists to engage troubled students, using a mixture of arts and academics as well as with tangible rewards for good behaviour.

However, Tyson is sad that some teachers, her biggest hope for results, feel the programme will only give them "more work".

"I think it is a fantastic programme. I think it has a lot of potential but the teachers have to believe in it. The teachers and principals have to drive it. Some of them are more cooperative than others in doing it," Tyson told The Sunday Gleaner.

"If the teachers don't believe in it and they are not driving it, it is not going to work. But if they buy into the programme and push it and implement it, I believe that the programme will work," said Tyson, as she conceded that engaging Jamaica's troubled students will require much patience and creativity.

She argued that teachers are primarily responsible for changing the behaviour of unruly children.

"The whole training is predicated on the belief that we need to teach our students how to behave. So (it's) not to assume that they know how to behave but to teach them what is expected of them. It's a behaviour modification programme," said Tyson, as she added that parents will have a part to play.

The teachers were trained for three days, and Tyson argued that they will have to develop their own strategies in tandem with their principals to reach individual

students. They must also source the rewards for their students through sponsorships and fundraisers.

Among the schools selected under the PBIS are: Vere Technical High, Bustamante High, Port Antonio High, Aabuthnott Gallimore High, Cedric Titus High, Dunoon Technical High, and Charlie Smith High, which has been merged with another targeted school, Trench Town High. Because of the merger PBIS activities have been put on hold.