Don't make crime an option for our youths - Pastor Brevitt 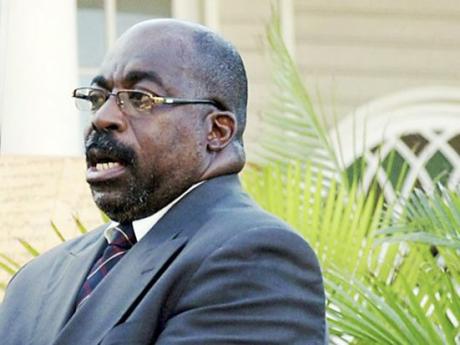 Pastor Charles Brevitt, the outspoken head of Granville Seventh-day Adventist Church in St James, has said special efforts must be made to get young people to appreciate the value of honest labour as a means of getting them to reject crime as an option.

"We have to make work seem rewarding... . For example, I think we have to take a serious look at how people are remunerated, especially in sectors that can afford it, like the hotel sector," the pastor told The Gleaner.

"Job security is another issue, where people are being fired indiscriminately without any recourse. If people are unemployed, underemployed, and in the squalor of poverty, these kinds of things (criminal activities) will become very attractive," the churchman added.

Brevitt noted that, while the police have been tireless in addressing illicit forms of revenue such as the lottery scam and the drug trade, their efforts must be accompanied by education on the true value of money and the long-term effects of crime.

"I commend the police for their relentless effort in stamping out the drug trade, and sending the scammers into recluse (hiding)," said Brevitt. "But if their effort is not backed up by an intensive effort to re-culture our people, have sensitisation meetings, get the churches and community clubs on board, and help the young people realise that this is glamorous but not long-lasting... after this, then what? We have to do that kind of stuff... it is a multifaceted approach."

"We have to get back to the dignity of labour, the value of money, because as they get it, they blow it," Brevitt continued. "There are many of these guys who have made hundreds of thousands from the lottery scam, and they have nothing to show for it. So we have to re-sensitise this nation that wealth comes from work."

"Young people are not as mature to see what will happen in the future. They do not anticipate what will happen, and they just do something without thinking of the serious repercussions," said Scott. "You have to guide them away from these things by showing them practical things. If they are making money, you cannot just go and tell them to stop doing what they are doing; they will tell you that you are talking foolishness. If you have case studies that you can show them, that will help to bring home the point that you're trying to make."