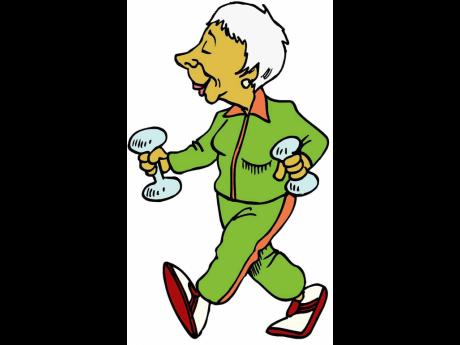 Executive Director of the National Council for Senior Citizens (NCSC), Angela Toyloy, has suggested that the current age at which persons are required to retire from full-time employment be extended.

The age of retirement for men is 65 years, which is expected to be the same for women by March 2016.

Toyloy underscored the importance of making the adjustment, noting that many persons are living longer.

As such, she said, they should be afforded the opportunity, in particular, to continue contributing to the labour market, should they so desire, through arrangements facilitating formal extension of their tenures at organisations to which they are employed.

The executive director further noted that extending the retirement age is likely to help rather than hinder young persons entering or who are already part of the workforce.

"Based on the demographic shift, you find that we have lesser young persons (in the workforce) in comparison to the ageing demographic. Older persons can be used as consultants or part- time workers... . the workforce does not have to entirely constitute retired persons, ...(and) they can help to guide the younger generation," she explained.

According to the 'World Health Statistics 2014', published by the World Health Organization (WHO), based on global averages, a female who was born in 2012 is expected to live to the age of 73 years, and a male up to 68.

This is six years longer than the average global life expectancy for a child born in 1990.

Consequent on this, and other developments, Toyloy is also stressing the importance of persons contributing to the Government's National Insurance Scheme (NIS) pension programme, particularly those engaged in the informal sector.

This, she said, as "they tend to suffer most during their retirement due to lack of planning", while adding that "it is never too late to plan for retirement".

The seminar series, held under the theme: 'On the road to Retirement: Activate Your Action Plan Now', focused on the link between money management and retirement.

The seminars were aimed at: guiding participants in formulating and achieving realistic retirement goals that will enable them to face the future with confidence; encouraging them to draft individual action plans for their retirement years; and addressing the impact of retirement on social and domestic relationships, health and finance.