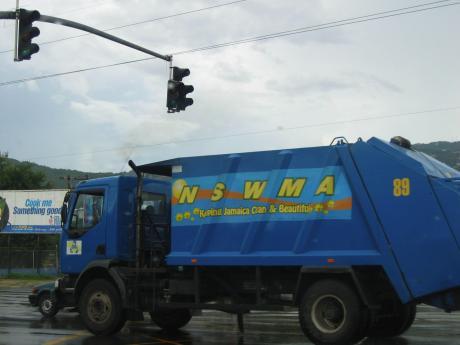 The pilot, which will come to an end in September, targets six communities in Kingston and St Andrew and St Catherine.

Community relations manager at the NSWMA, Shauna Guthrie, said the six communities targeted have responded very well to the initiative.

Guthrie said the leaders and other representatives in the communities have been helpful in getting the information around about the pilot project.

The next collection was scheduled for Sunday, August 30, and Guthrie said the team began collection from 8:00 a.m., and as usual, would alert community members upon arrival and provide assistance in removing the electronic items.

In the meantime, Guthrie said the NSWMA has satisfactorily addressed all concerns residents had about use of the items collected and information stored. She informed them that the agency purchased a magnetic device that is used to clear all data from devices collected.

The E-Waste pilot project will end on Sunday, September 27, after which the team from the NSWMA will compile the results and use them to guide policy decisions for the storage and collection of electronic items in Jamaica.

This will result in the creation of a database that will provide information on how to draft an end-of-life policy to guide all importers and users of electronic waste.

The E-Waste pilot project, which began in March, targets the communities of Duhaney Park, Patrick City and Harbour View in St Andrew; and Hellshire, Angels 1, 2, and Angels Grove in St Catherine.

Persons outside of the six communities involved in the pilot project can drop off their e-waste at collection stations located at the NSWMA head office, 61A Half-Way Tree Road in Kingston; Dermason Plaza, Independence City, in Portmore; and King Street in Spanish Town (next to the fire station).

The NSWMA is reminding residents that during the pilot programme, it will only collect electronic items such as CPUs, mobile phones, printers, monitors, laptops, keyboards, mouse, chargers, and cables.