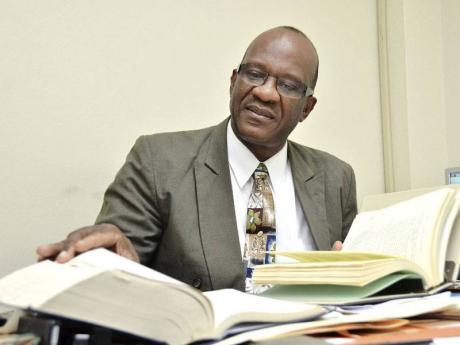 File Photo
Hugh Faulkner says no decision has been made on whether lawyers will receive retroactive payments although usually announcements take affect after they have been gazetted and are not retroactive.

The Legal Aid Council says it is trying to resolve a dispute with private lawyers over their fees for the provision of services.

Yesterday, The Gleaner/Power 106 News Centre reported that lawyers were threatening to return cases to the court because of delays in the implementation of a new fee regime.

The lawyers also contend that they may not be paid for cases completed for the past four months because the fees have not been gazetted, contrary to a commitment made in April.

The executive director of the Legal Aid Council, Hugh Faulkner, says the gazetting process was affected by legal problems.

He declined to outline the legal problems.

However, Faulkner says no decision has been made on whether lawyers will receive retroactive payments although usually announcements take affect after they have been gazetted and are not retroactive.

He is also dismissing the claim that the lawyers have not been consulted about the fee regime.

Faulkner says the Jamaican Bar Association and the Advocates Association have representatives on the board of the council who would be aware of all decisions made.

About two years ago, the government and the lawyers agreed on the new rates to replace the current fee structure that has been in place since 1999.