Captured by Ladyblue - Kasington Watson in love with his VW beetle. 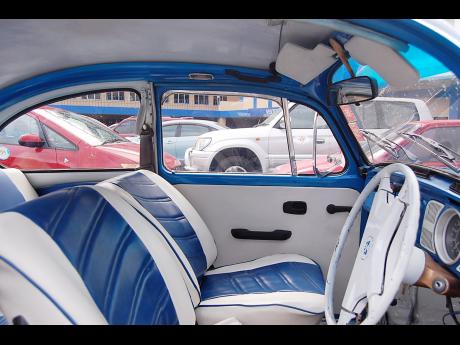 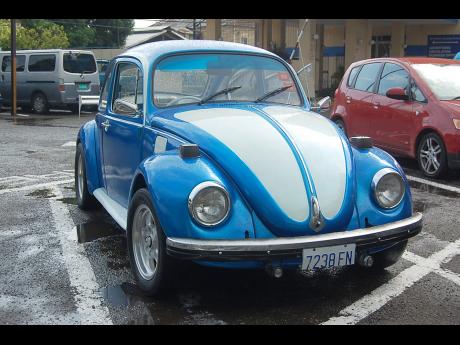 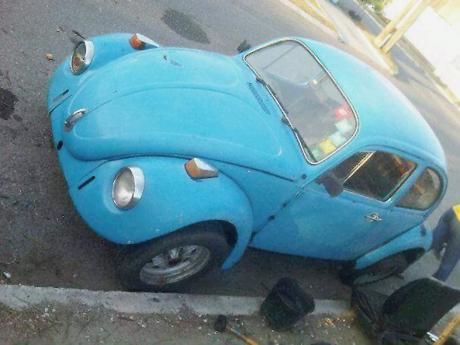 Thirty-three-year-old Kasington 'Kase' Watson was left heartbroken when he crashed his first car, affectionately called 'Lady-Canary' - a 1969 Volkswagen Beetle. The accident occurred just three months after putting her in a road-worthy condition. However, he was not deterred; he quickly found a replacement Bug, 'Ladyblue', which has repaired that broken heart.

Ladyblue, a 1969 ocean-blue and pearl-white Volkswagen Beetle, is winner of the Heels on Wheels 2015 best old-school car.

"I can't go anywhere without someone creating this whole excitement about her," said Kase.

WHERE IT ALL BEGAN

It wasn't he left for the US after graduating from Naggo Head Primary School that he got the opportunity to try his skills with cars.

"My cousin, who is just older than me by two months, and I, used to watch the rich kids and dealers, how they roll in their pimped-up cars and stuff, and we said 'Yow, we need to start doing that'," Kase explained.

His first car was a 1971 convertible Chevy Impala which he said looked like a rats' nest when he first got it.

"When my aunt saw the car at the time, she said please don't put that in front of the house because it will devalue it [the house], but after we finished with it, she was like, boys, please put the car in the garage because someone might scratch it," he said with a reminiscing look on his face.

In 2010 when he got his first Bug, it looked awful, but after three months of hard work, Lady-Canary was brought to life. However, after the accident, he was left hopeless until a friend came to him with another decrepit VW Bug. It was very rusty and had a lot of holes in it, but like the first one, he put in a lot of work to create an identity for her.

Kase was not taught his restoration skills, but from watching a lot of car shows, such as Pimp My Ride and his favourite car movie, Herbie, he developed an interest in the art. Subsequently, he went out and bought all the builder's manual for the cars and spent his days studying them.

"Whenever people in the neighbourhood see me studying my books to work on the cars, I can always see the curious looks on their faces, but when they see the finished product, it is always amazement for them," he added "Ladyblue surprised me, though, I really never expected all this attention."

"Years to come, I will be the man in charge of all the old-school work in Portmore," Kase further said.