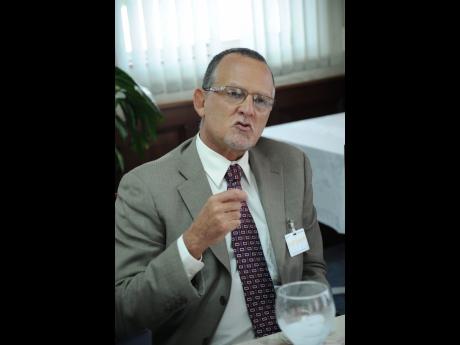 File
Mair... the time has now come to focus on his family and his business which have both suffered because of his involvement in politics.

The Member of Parliament for North East St Catherine, Gregory Mair has now submitted to the Jamaica Labour Party Secretariat, his resignation as constituency chairman.

In the letter, Mair said while he will serve out his term as Member of Parliament, he will not be seeking re-election.

Earlier, The Gleaner had reported that following a meeting with JLP Leader Andrew Holness, Mair had backtracked on the decision to quit representational politics.

But Mair now seems set to end his political career after two terms.

Mair says he thinks the time has now come for him to focus on his family and his business which have both suffered because of his involvement in politics.

"I am a committed member of the Jamaica Labour Party and I will continue to believe that it is the best choice for good governance for Jamaica land we love," he said in the letter to JLP General Secretary, Horace Chang.