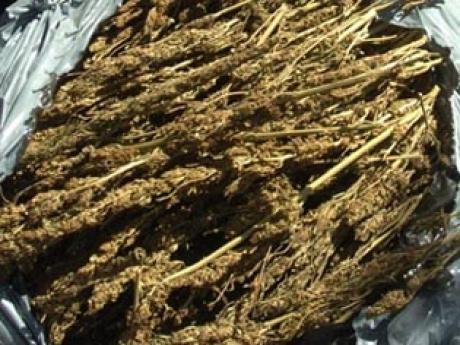 The police in Westmoreland have seized more than 122 pounds of ganja and arrested four people.

The seizure was made by police attached to the Area One Transnational Crime and Narcotics Division and the Negril Operational Support Team in Nampriel district, Westmoreland, yesterday.

Among the four arrested persons are 26-year-old Sanya Guthrie, of Nampriel Road and 47-years-old Maxwayne Pringle, of Sheffield District.

The others are 58-year-old farmer, Euphemia Stevens, of Sheffield and 33-year-old labourer Dameon Woolcock, of Fairmount Sheffield.

The police say the team of police personnel who were on operations in the area yesterday, discovered a ganja field.

They say a search of the area was subsequently conducted and the four persons were discovered in a hut, near the field picking ganja.

They were subsequently arrested and charged.

The police say the illicit drug has an estimated street value of $600,000.

The accused are scheduled to appear before the in the Savannah-la-Mar Resident Magistrate’s Court on September 9.