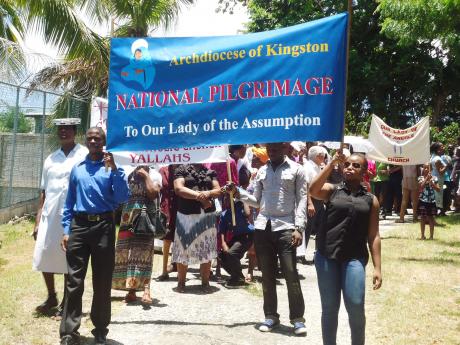 Jolyn Bryan
Beginning of the witness march through Morant Bay. 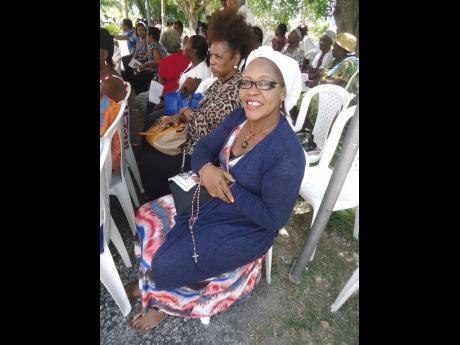 Jolyn Bryan
Tina Mukwelle from Sts Peter and Paul Catholic Church in St Andrew made the journey to St Thomas for the annual pilgrimage. 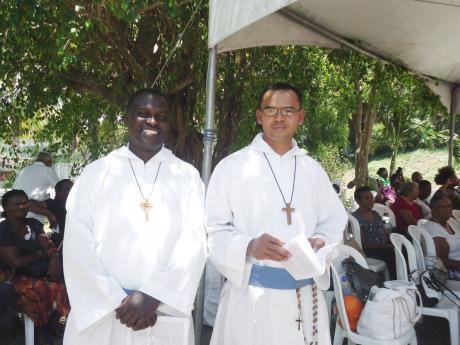 Jolyn Bryan
Brother Gerald and Father Dionisio from Missionaries of the Poor at the recent pilgrimage to Our Lady of Assumption Catholic Church in St Thomas. 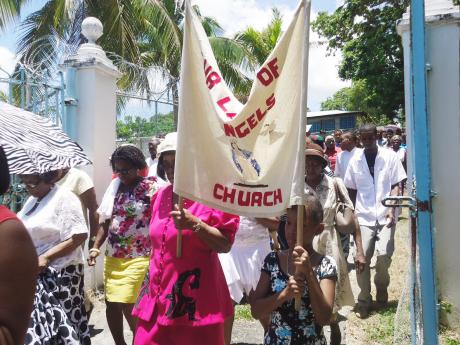 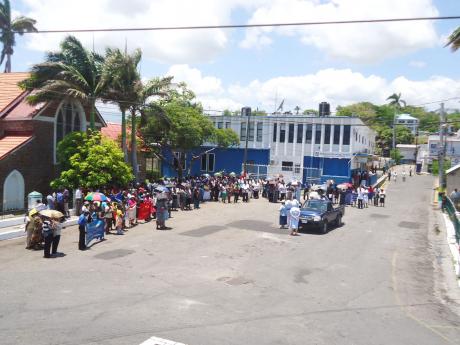 For practitioners of many major world religions, pilgrimages are an important part of exercising faith and demonstrating belief. Described as a physical or spiritual journey to a shrine or other location of religious significance, pilgrimages figure prominently in Christian worship. This is no different for the Roman Catholic community in Jamaica, primarily those belonging to the archdiocese of Kingston, who journeyed to Our Lady of Assumption Roman Catholic Church in Morant Bay, St Thomas, on August 16 to mark the annual pilgrimage to the church dedicated to the Virgin Mary.

significance of the annual journey

Pastor of the church, Father Frank Power, explained the significance of the annual journey: "It is both a tradition and a help to spiritual growth. This pilgrimage has been going on in the Morant Bay Catholic Church for many years and so it has become a great tradition for the Catholic community of Jamaica. Any gathering of Christians to pray and worship is helpful to spiritual growth." he told Family and Religion.

The annual pilgrimage is held close to the feast day of the patron, the Virgin Mary, and marks the Catholic belief that she was assumed, or taken up, into heaven at the end of her earthly life.

'For us, as Catholics, we believe that Mary, the Immaculate Virgin, was preserved free from all stain of original sin, and when the course of her earthly life was finished, was taken up body and soul into heavenly glory, and exalted by the Lord as Queen over all things, so that she might be the more fully conformed to her Son, the Lord of lords and conqueror of sin and death." Father Frank said.

For many Catholics, Mary's acceptance into the heaven is seen as a symbol of the promise made by Jesus to all faithful Christians that they will also be accepted into paradise.

The church and several tents were filled with worshippers who journeyed from several churches across the island to participate in a day filled with solemnity and prayer. Father Frank pointed out that the day is marked by recitation of the Rosary, a traditional Catholic prayer, praise, and worship and meditation and reflection on the life of Mary, her faith, her courage and her strength.

"There is also time given for people to celebrate the Sacrament of Reconciliation, confessing their sins to God and receiving absolution and forgiveness from priests who are present," he said.

There was also a witness march through the streets of Morant Bay, with a brief stop at the Paul Bogle Square, where Deacon Christopher Gordon, gave a short exhortation on the importance of a consecrated life. The day concluded with the celebration of the Mass, the Eucharist at the church, led by the Archbishop of Kingston Most Reverend Charles H. Dufour, bringing the day to a satisfying and spiritually uplifting end.