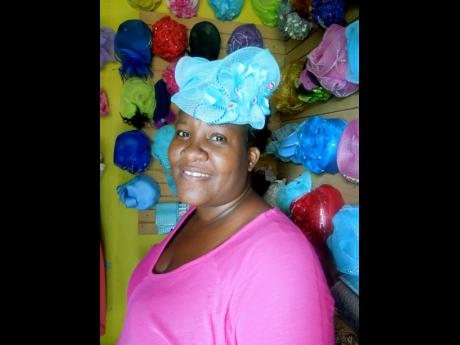 CONTRIBUTED Mitzie Thompson-Francis sports one of her designs. 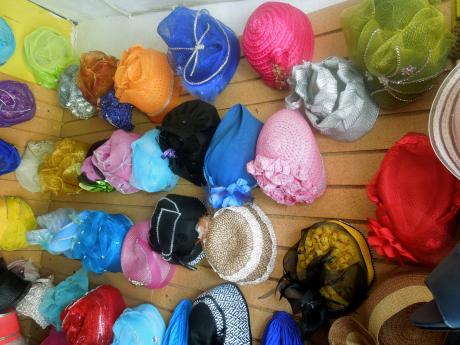 Some of Mitzie Thompson-Francis' handiwork.
1
2

Some 11 years ago, Mitzie Thompson-Francis unlocked a new level to the game of life.

She found out she had the ability to make church hats, ones that would soon become her sole source of income.

"Before I got saved, I used to do nails for a living. I did everything you can think of where nails are concerned, pedicure, manicure, tips and acrylic," Thompson-Francis told Family and Religion.

She explained that business was good until she decided to give her life to God.

"After I got baptised, I realised that even though I was still doing the nails, I wasn't getting any satisfaction from it."

Confused but determined, Thompson-Francis continued to do what she did best. Little did she know that while she was polishing nails, God was on a mission to remove all the acrylic from her life.

According to her: "One Monday when I was on my very first fasting, I asked the Lord what He wanted me to do. I had bills to pay and the nail business wasn't working out so I begged Him for guidance."

Thompson-Francis went on to describe a dream she had the same night.

"After fasting ended, I went home without answer, and that night something extraordinary happened. I began dreaming that I was making hats. I was going down a specific street, one I've never seen before, I went into a specific store, one I've never before laid eyes on or foot in, and I bought the material I needed to complete the hats," she said.

The transformed woman says she went into Kingston the following morning and shockingly she found the street and store that she envisioned the night before.

"I bought all the material I thought I needed and went home and made my first few hats. Before that I didn't know how to cut the hats or what to do. This was my first attempt," she explained, adding that she used her dream as a guide.

Surprisingly, the first batch of headwear came out good. In fact, Thompson-Francis told Family and Religion that around that same time, she made 40 hats and took them with her to a convention, adding that her enterprise was sold out.

More than a decade later, Thompson-Francis is still able to use her story as a testimony of God's faithfulness.

"If you live a life pleasing unto the Lord, then He'll lead you. There's no way I could have designed a hat by myself," she old Family and Religion.

She said her long-standing interest in art and decorating began with a course she did in designing back in 1990.

"I did well and received the certification, but I've never been given a chance to design anything. God was preparing me for my future. Even then, He had a purpose for my life," said the grateful hat designer.

There, she has hats on display that are ready for purchase. There's also the option of requesting what one wants and have it done to order.

Among the pieces made at Holy Hat-tire are various types of church hats, fascinators (wedding hats) and fancier ones that can be worn to prestigious events or for a Sunday evening's stroll.

Holy Hat-tire caters to all ages.