Jamaica, other states have benefited significantly from PetroCaribe Agreement - Falconer 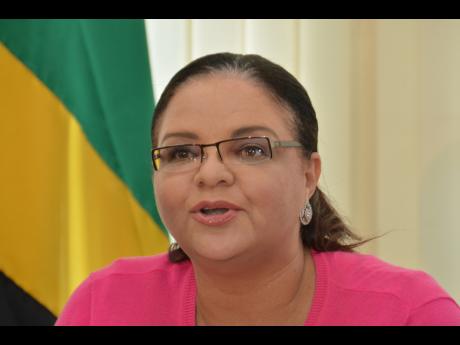 JIS:
Minister with responsibility for Information, Sandrea Falconer, said Jamaica and other participating states have benefited significantly from the PetroCaribe Agreement.

“Jamaica’s ability to afford its energy requirements has been favourably impacted by this single most important PetroCaribe Agreement with Venezuela,” Senator Falconer said.

“This allows the Government to purchase oil at market value, but on preferential conditions, and this has been of tremendous benefit,” she noted.

The Information Minister was addressing members of the local and Venezuelan media at a special Jamaica House press briefing at the Office of the Prime Minister’s Western Regional Office in Montego Bay yesterday.

The briefing was held on the eve of the 10th Anniversary Commemorative Summit of the PetroCaribe Agreement this weekend. Prime Minister Portia Simpson Miller and President of Venezuela Nicolás Maduro, will co-chair the two-day meeting, which gets underway later today in the second city, where the agreement was signed in 2005.

Several Heads of Government and State, Energy Ministers and other Ministers of Government will participate in the Summit meeting, which will take place at the Montego Bay Convention Centre (MBCC).

Other high level representatives from the Caribbean Community (CARICOM), the Food and Agriculture Organization (FAO) of the United Nations and the Latin American Energy Organization, will also be in attendance.

The Summit includes a Commemorative Ceremony and a Plenary Session, which will examine the activities and achievements of PetroCaribe over the past decade, while agreeing on decisions going forward.

Prime Minister Simpson Miller and President Maduro will lead a delegation of Heads of Government and other delegates to the official opening of the Simón Bolivar Cultural Centre in downtown Kingston tomorrow.

This is to commemorate the date on which South American Liberator and Venezuelan Revolutionary Leader, Simón Bolivar, wrote the ‘Carta de Jamaica’, or Letter of Jamaica, 200 years ago.

The opening of the facility is also part of activities marking the 50th Anniversary of diplomatic relations between Jamaica and Venezuela.

Ahead of the opening ceremony, a floral tribute will be held at the statute of the South American liberator located at National Heroes Circle.