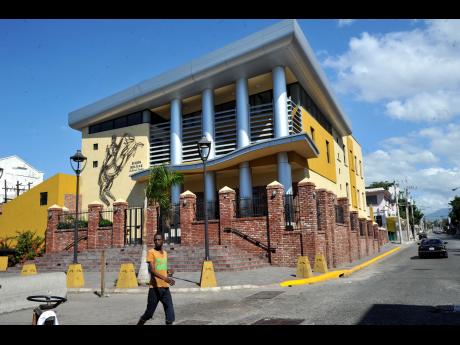 Prime Minister Portia Simpson Miller says the Simón Bolivar Cultural Centre, which we will officially declared open in Kingston today, stands as a monument to the cultural investments made possible by PetroCaribe and to the lasting bonds of friendship between Jamaica and Venezuela.

Simpson Miller and Venezuelan President Nicolas Maduro will inaugurate the Simon Bolivar Cultural Centre in honour of the 200th anniversary of the Letter of Jamaica, considered one of the most significant documents in the continent's history.

PetroCaribe nations met on Saturday in Montego Bay to commemorate the 10th anniversary of the oil trade arrangement. Simpson Miller said the meeting underscores “the pledge of the countries of the region to support each other as we explore available options for building our economies and securing the development of our people”.

“It is a welcoming coincidence of history that we also meet against the backdrop of the 200th anniversary of Simón Bolivar’s stay in Kingston in 1815 at the height of the Spanish American Struggle for Independence,” she added.

Bolivar, described as a Great Spanish American hero, while in exile, put together a collection of liberation writings that has come to be known as La Carta de Jamaica (the Jamaica Letter).

Maduro said Petrocaribe has meant "10 years of solidarity and unity in the spirit of ( Simon ) Bolivar".