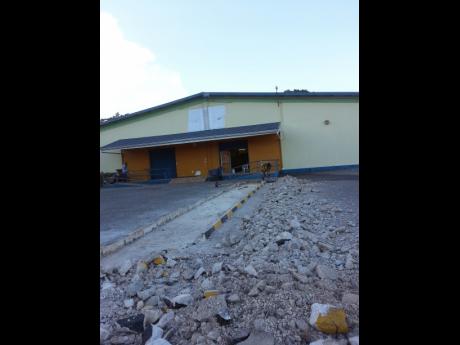 Tamara Bailey
The Hi-Lo supermarket in Mandeville is now closed.

The race for profitable demographics in major towns has become more pronounced. Hi-Lo had operated in Mandeville for several years prior to the Ward Avenue location. Prior to that, it operated from the Manchester Shopping Centre.

The Ward Avenue location did not attract the customer traffic anticipated, despite a number of initiatives. According to Renee Nathan, general manager of Hi-Lo Food Stores, inadequate sales because of the location contributed to the closure of the stores.

"The store was in operation at that location for more than 10 years; however, because of poor sales it was closed. It was known for having some of the most dedicated and long-serving team members, and a very loyal customer base due to the high level of customer service," Nathan said.

The store was closed at the end of February and saw about 28 positions being made redundant. "Some of the staff were made redundant and some opted for early retirement. We have made offers and are still in discussions with certain team members to relocate to other Hi-Lo locations," Nathan said.

Nathan said it is likely that some time in the future a store might be reopened in Mandeville. "There are no plans in the pipeline to reopen a location in the town, however, we remain open to the possibility of re-establishing a location there. We believe we would be able to compete effectively in that market space and this would be dependent on the specific location."

An ongoing $1-billion refurbishing programme has so far seen the stores at Manor Park and Barbican in St Andrew being re-designed under the project. The renovation exercise continues with the planning phase now being executed for the Fairview upgrading works.

Hi-Lo heading back to Liguanea