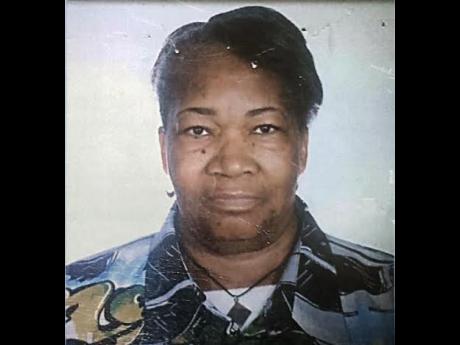 On August 31, Laurice Prince, born in Kilancholy, St Mary, would have been 68 years old. She died in the United States on September 9, 2013. On October 26, her funeral was held at the Church of God of Prophecy, Central Village, St Catherine, but her remains were brought back to her childhood community, where she was interred in the family plot.

Her six children - Judith, Marvin, Devon, Nadine, Marjory and Lloyd, 19 grandchildren, and seven great-grandchildren are some of the loved ones she left behind and who are still trying to cope with the loss.

It was cancer that ended Laurice's life, and at the time of her death, her son, Devon, said: "We are lost right now that she is no longer with us, but she was very, very tired. The pain was unbearable. At her last, we could see she wanted to keep fighting, and also she wanted to go. It was hard. RIP, mom."

He continued: "Without question, she was not perfect. Who is? We had good and bad times. I will never stop loving the mother who had us and took care of us, made us the men and women we are today."

It has been almost two years since Laurice passed, but the loss is yet to be embraced. Her grandson, Ahon Gray, who has fond memories of her, told Footprints: "I remember my Granny as a very loving soul who cooked some of the tastiest foods. Though she left us more than a year ago, she's still living in our memory as a loving and caring grandmother. She was a God-fearing woman who spent a lot of her time caring for others, her children, and grandchildren."