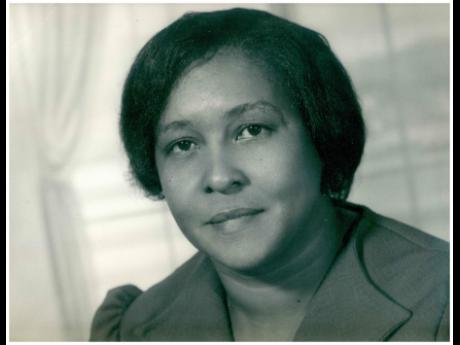 Family and friends gathered at the Meadowvale Seventh-day Adventist Church in Kingston on August 30 for the service of thanksgiving for the life of the late Mavis Midory Coke, who passed to her rest on July 29. She was 84.

Affectionately called Ma, Coke was eulogised by daughter Yvonne Hunter as a strong, determined, energetic, and committed mother who used every opportunity to provide for her family.

She (Ma) was the first of seven siblings and had many opportunities to migrate to England with her mother and the other siblings but chose to stay in Jamaica and nurture her children along with her then husband, Sylvan.

As a farmer, Ma made use of every square foot of her backyard to plant lettuce, pak choy, callaloo, tomato, Scotch bonnet peppers, and ferns. She reared ducks and chickens, all of which were sold to gain income and to provide meals for the family. She was also known in the community as the best dressmaker, and when each trade had served its time, she went into shopkeeping and was a master at it.

"She is wonderful to me," said Alvia Campbell-Morgan, the second of six daughters. "She was a blessed lady, a disciplined person, very outspoken, who when she said one thing, she meant it. She was also kind and kind-hearted."

Another daughter, Tathline Martin, described her mother as "a strong disciplinarian, and while I did not understand it at the time, it made me the woman I am today. She taught me to be determined and not to give up on the things I set my mind to do".

After a five-year stint in the United States - from 1988 to 1993 - Ma returned to Jamaica and continued where she left off, doing whatever it took to maintain her financial independence.

In 2007, her sight began to deteriorate and she was advised that corrective surgery would be futile.

In April 2010, she fell and broke her hip and had to undergo surgery. Her health deteriorated and at her passing, she had lost approximately 90 per cent of her sight.

The homily was delivered by Pastor Everett Brown, president of the Seventh-day Adventist Church in Jamaica.

Tributes were also given by the Jamaica Union Conference of Seventh-day Adventists, the church's eastern region, and close family friend Dr Indiana Robinson.

Her body was interred in the Meadowrest Memorial Gardens.