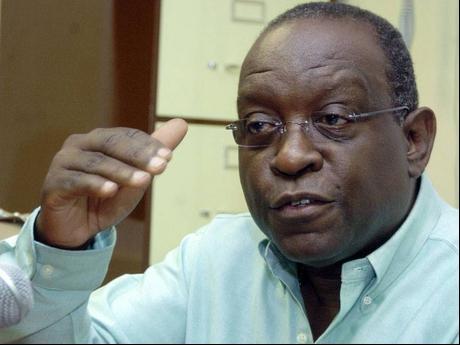 Chairman of the Internal and External Affairs Committee of Parliament, Derrick Smith, has castigated founder of Hear the Children’s Cry, Betty-Ann Blaine, for her criticism of the parliamentary group reviewing a disclosure motion relating to civil society groups.

In his opening comments at yesterday’s sitting , Smith said he found disturbing a Sunday Gleaner article written by Blaine.

In the commentary, Blaine asserted that there seems to be a campaign to harass non-governmental organisations.

She argued that it appeared odd and hypocritical that politicians opposed to any disclosure of their financial backers would be the ones calling for NGO’s to do what they have refused to do for so long.

However, Smith said Blaine seemed to have arrived at a conclusion on the parliamentary deliberations which were still taking place.

He argued that his committee had no hidden agenda but was given the task to review the private member’s motion moved by Member of Parliament for North East St Elizabeth Raymond Pryce.

Chairman of the Internal and External Affairs Committee of Parliament, Derrick Smith.

The motion called for civil society groups to be registered and to disclose the names of persons who donate funds to them.

Smith said the committee was discussing the motion with an open mind and would submit a report to the House of Representatives at the end of its deliberations.