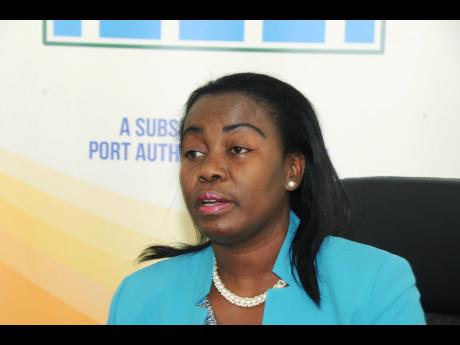 Henry ... the suggestion of censorship was the 'naming and shaming' of businesses’ non-compliant with the National Solid Waste Management Act.

An audio recording of Montego Bay Chamber of Commerce president Gloria Henry has contradicted an assertion that she was not accurately quoted when The Gleaner reported last week that she was threatening to boycott Chinese businesses which do not contribute to social development in St James.

Speaking at a Gleaner Editors' Forum in Montego Bay last week, Henry proposed that Chinese businesses refusing to contribute to their communities should be censored through a boycott.

But in a statement Thursday, the Chamber said Henry's request for support from the Chinese business operators was not in reference to financial terms but rather in compliance with a clean-up initiative.

"Her suggestion of censorship was the 'naming and shaming' of businesses’ non-compliant with the National Solid Waste Management Act and it should be applied to all businesses," the chamber said.

The statement said, at a meeting with members of the Chinese business community on Monday, Henry explained this.

She reportedly told them her comments related specifically to a clean-up initiative being spearheaded by the Chamber which would need the support of the Chinese to succeed.

However, a review of the audio recording reveal that Henry's comments had extended beyond the involvement of the Chinese in clean-up activities in Montego Bay.

There has been widespread condemnation for Henry since the pronouncement with the Private Sector Organisation of Jamaica among the entities describing it as excessive.