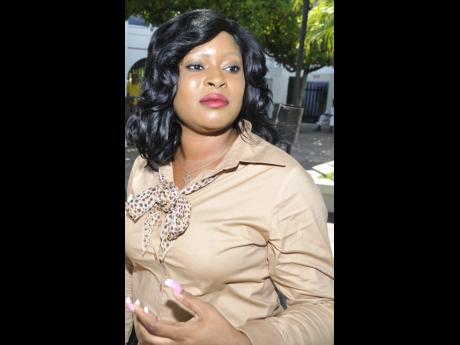 Norman Grindley
Myrie ... was approved by the PNP's National Executive Committee following a recommendation by the leadership of the Olympic Gardens division.

Shanique Myrie, the Jamaican woman who won her free movement case against Barbados has now been approved by the People's National Party (PNP) to represent the Olympic Gardens Division in St Andrew in the next local government elections.

PNP General Secretary Paul Burke says Myrie was approved by the PNP's National Executive Committee following a recommendation by the leadership of the political division.

"The Regional Executive Committee came with the name and there was no objection," said Burke.

However, he notes that all positions will be under review until the day of nomination for the elections.

In June, when she submitted her application, Myrie told The Gleaner that she has always wanted to enter representational politics to make a change in the lives of residents “neglected” by their political representatives.

“It’s a Labourite seat and in my community, the people hardly get anything and many kids, older people need help. I want to make a change", said Myrie.

Local government elections which were due by June 30 this year, have been delayed by up to December 29, 2016.