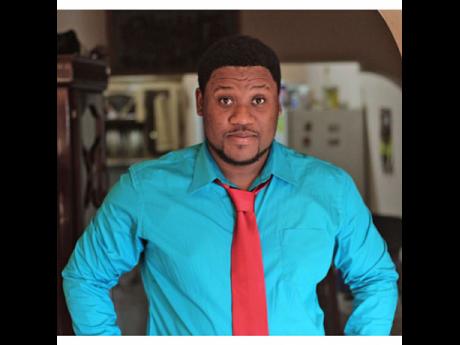 Some people are dancers. Some love to sing, others can paint, but Ramon Nicholas is a rapper and an animator.

Born and raised in Albion, St Thomas, Nichols has always gravitated to activities that others may deem far-fetched.

While his friends deejayed, he rapped, while they were interested in looking dapper for photos, he was the one behind the camera.

His interests later earned him the alias 'Rapper', a name which quickly stuck.

Nichols was also known for his expertise in animation.

Though he majored in computer science with a minor in multimedia at the University of Technology, the talented young man says most of what he knows was self-taught.

According to him: "I took it upon myself to learn the basics of animation by watching YouTube videos. I had a lot of crazy ideas in my head and I couldn't wait to get started."

His love for animation led to the creation of his YouTube series called 'Irish Stu: Jamaican Twisted Cartoon'.

Though he has been releasing cartoons on the channel, Nichols says this one has been getting good reviews.

"About 10 months later, it blew up. I had some more ideas and I just did them until eventually by the fourth episode, I realised it was turning into something more than just random clips. I turned it into a series," said Nichols, adding that the series focus on recent issues in Jamaica twisted in comical ways.

Rural Xpress wanted to know where the name of the series came from.

Nichols talks highly of the feedback that his series has been getting.

"People really seemed to appreciate the first episode because it dealt with a very controversial person in Jamaican entertainment and even though the animation was not that very impressive, the twists were very funny and engaging," he said, adding that people enjoyed that aspect.

Over the weeks, the episodes gained him recognition on campus and people started looking forward to what he would come with next.

Each episode has now more than six million views on YouTube and viewers refer to it as the Jamaican version of South Park, an American adult animated sitcom.

According to Nichols: "I'm now doing some reading so I can discover new things to improve my work. I plan on doing the series in a more mannerly way than the previous episodes. I'm trying to focus on the writing aspect and character development. "

"My goal is to turn it into something that Jamaica looks forward to whenever something happens in society. I'm not even aiming for TV, that's old news. The future is online," he told Rural Xpress.

Nichols is now working on the ninth episode of his series.