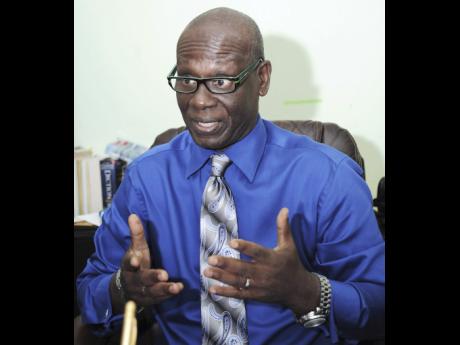 West Kingston Member of Parliament (MP) Desmond McKenzie continues to lament the neglect of his constituency by the State, arguing that despite producing four prime ministers it has not been given its fair share of attention.

"With the entire rich heritage and the places of significance that West Kingston hold, ask the question, is the constituency better off for being situated in that local?" McKenzie said in Parliament last Wednesday.

Former Prime Ministers Sir Alexander Bustamante, Hugh Shearer, Edward Seaga and Bruce Golding were all MPs for West Kingston. The constituency is also home to places like the Coronation Market, the Bank of Jamaica, the Houses of Parliament and the Kingston Public Hospital.

But McKenzie said that in addition to a deteriorating housing stock which needs to be replenished; the physical infrastructure of the constituency is in need to urgent improvement.

"Unless there is the intervention of the State in meeting the needs of the people, the infrastructure will continue to decay," said McKenzie.

"Sewerage is a way of life because of the failure of the authorities to improve (the situation). They have not done anything to the system in about 30 years. So almost every road, every lane in West Kingston is affected," he added.

And as he did in 2013, McKenzie said that living in subhuman conditions was no environment for proper development.

"Housing would be the number one on the list as far as needs goes. The housing stock of West Kingston dates back to 1963," McKenzie said.

"West Kingston area such as Denham Town is one of the oldest residential communities in Kingston but the standard of housing leaves much to be desired," he added.

The MP, who succeeded Golding in 2011, questioned how soon housing developments promised by the Government for the area would come on stream for Tivoli Gardens.

"I understand that the development should have commenced in this financial year, but to date, nothing has been done," he said.

Tivoli Gardens was one of the communities targeted for housing under the now shelved Inner City Housing Project which was started in 2000.

The project, funded through the National Housing Trust, was aimed at constructing 5,000 units in and around the Business Improvement District and was part of an urban renewal project to deal with the repair, refurbishment and upgrade of downtown Kingston.

In the meantime, McKenzie admitted that his constituency has a crime problem which he said "is something that the people will have to work out".

He said, however, that the media have given the community a black eye by unfairly labeling the area.

"We can't carry more than what we deserve to carry, and that has affected the constituency," he stressed.