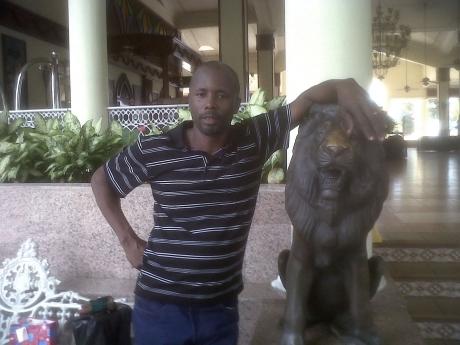 Contributed
Audley Barnes, who was diagnosed with a deadly form of cancer and given mere months to live. 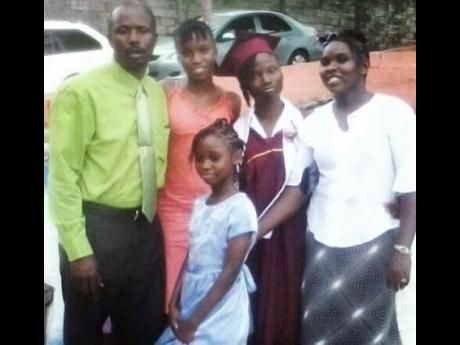 ontributed
Minister Audley Barnes and his family – three of his five daughters and his late wife, Janice.
1
2

In 2011, Minister Audley Barnes was diagnosed with the dreaded disease, bone cancer, or multiple myeloma, and was given mere months to live by his doctors. Almost four years later, the 46-year-old man of God has cheated death and defied his doctors.

According to the self-declared prayer warrior, a worshipper at the Holy Ark Apostolic Church in Goshen, Mocho, Clarendon, who also lost his wife to a heart attack in May of this year, surviving an advanced stage of multiple myeloma was nothing short of a miracle.

"I was supposed to be dead and buried years ago after doctors gave me mere months to live, but God has a plan for me and that is why I can testify about His greatness today. My life is a miracle," Barnes declared.

He explained that the onset of the disease began with severe progressive pain and, after numerous visits to doctors, he was finally diagnosed with one of the most deadly forms of cancer that was spreading to all of his structural bones, including his cranium. His faith in God, however, sustained him.

"From about 2010 or there about, I began to feel some unusual pain in different parts of my body, but I didn't take it seriously at first, until the pain became a constant irritation and grew progressively worse," Barnes recalled.

"As the pain became more intense and unbearable, and with doctors unable to say what was wrong, I became paralysed. It was from there that a series of tests showed that I was suffering from multiple myeloma, a deadly bone cancer that was eating away at my bone structures and threatening to end my life," he said.

The minister testified that: "After my diagnosis, the doctors called my family and instructed them to prepare for the worst. I was given mere months to live, but I am covered under the blood of Jesus, and I refused to go before He said so."

He said that during his struggles with the disease, he was recommended for various surgeries and medical procedures and was told that the ravages of the disease would leave him impotent, crippled for life, and with a host of physical defects if he survived the disease's onslaught.

With his faith grounded in his God, he recounts calling on his extensive network of prayer warriors who went on their knees to God for a miracle - and the prayers were answered. In the end, the only medical procedures that were administered were a few chemotherapy and radiation sessions.

"They (doctors) said my chance of survival was slim and suggested all kinds of operations, radiation and chemotherapy that they say will make me lose my nature (impotence), and (I) would not be able to walk and all kind of things," admitted Barnes.

"But look at me now, not one single surgery. I am fit as a fiddle and, as to my nature, a now me a fire," the father of five said jokingly.

He, however, confessed that while he has survived one of the most deadly forms of cancer, the road to recovery wasn't easy as, along the way, he has lost his wife - a most devastating experience. He said he has grown closer to God and is more active in the ministry, criss-crossing the country, sharing his testimony, and giving motivational talks.