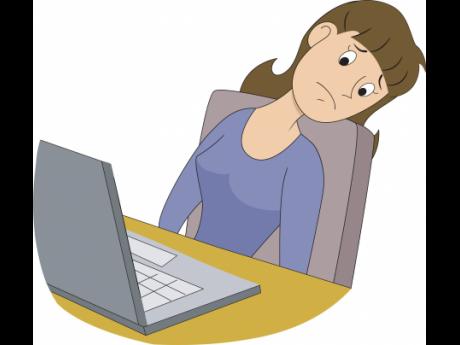 IT IS the back-to-school period and many student Christians are packing their bags to go to university. Excited and eager for this new phase in life, they gather their clothes, books, and utensils, but did they pack their Bibles?

And for those who are returning residents of their dorm rooms or the other houses they occupy while school is in session, does back-to-school mean back to sin?

Many young Christians have testified to be among those living double lives. When they are home among their families, they live a life that is pleasing unto the Lord, but once they return to Kingston for school, they become a different person.

One such young Christian is Tricia*.

According to her, when she reached university, "she tasted the world and liked it".

Tricia, who has been a Christian for more than 15 years said she believes that her "double-life" is a result of how she grew up.

"I was raised by my parents who are Christians, so I grew up in a Christian home. I was grown with a fear of God which is a good thing. As I grew up, I wanted to know and experience what the world was like. When I finally got the opportunity, I explored," she told Family and Religion.

By exploring, the Christian student said she went to many parties on and off campus, wore clothes that were less than modest, wore false nails and hair extensions (which are against her church's rules) and used curse words. She also explored sexual relationships, which is considered as fornication - a sin in the Christians' Holy Book.

And though, to her friends, it seemed as if she was quite comfortable and enjoying "her freedom", Tricia revealed that her double standards plagued her mind daily.

"My conscience bothers me a lot, especially when I visit home on some weekends and go to church," she continued.

Tricia told Family and Religion that she is most affected when she is called upon in services to lead various sections.

"When I go to my church, I'd be asked to lead praise and worship, devotion and things like that. I didn't want to do it but neither did I want to seem suspicious like something was wrong so I did," she said, adding that it makes her uncomfortable.

Tricia assumes all the responsibilities for her actions revealing that her family raised her well and that neither they nor her peers are to be blamed.

The young woman who admits that this has been happening for the past four years says that she is now on a journey to redeem her salvation.

"Right now I'm trying to get back to the place I used to be with God. I'm now single and feeling fabulous. I've stopped using curse words. I'm praying more and asking God to help me to find myself back to Him completely," said Tricia.

The lady with a testimony had a word of encouragement for those who may be experiencing the same thing.

"Stay focused, pray, study the word and have a zeal for God. Also, stay away from those friends that mean you no good. Associate with positive people who are like minded."

"And to those just leaving home to live on their own for university, remember the principles you were taught. Stand up for what you believe in and remember trials, testing and temptation will come but you can make it. Just put your trust and confidence in God and He will make the way for you," advised Tricia.