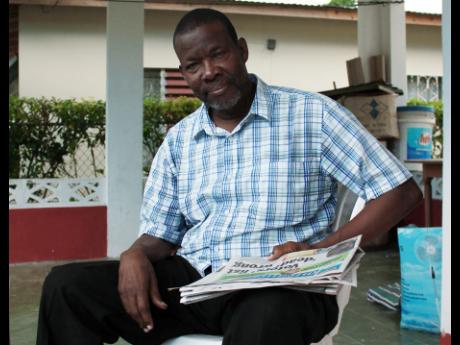 Pastor Trevor Howard is a loving father of four children, a husband and a popular minister who presently heads the Love and Faith Church World Outreach Ministries in his hometown of Port Maria, St Mary.

Howard, 57, hopes to encourage the many churches in Port Maria to form a development group dedicated to regenerating the town, and traces this ambition back to an epiphany that changed his life 36 years ago.

He told Family and Religion: "One night in 1978, the police in this area killed three of my friends. We were supposed to be a gang, but that night a voice told me not to go with them, so I went home.

"Between 4:30 a.m. and 5 a.m. the next morning, a friend woke me up and told me that my friends were dead. I was angry and decided that I would join the army, become a solider, steal a gun, and take my revenge.

"So on January 9, 1979, I went to Up-Park Camp to join the army, but a riot broke in Kingston that day and we were sent back to Port Maria. That night, [respected clergyman] Dr V.T. Williams was preaching in the town and I went over there. The Lord spoke to my heart, I got saved, and that was it."

Later this month, Howard plans to host a crusade in conjunction with a Christian group from the United States of America, and will use the event to bring together Port Maria's disparate, but numerous religious ministries.

He said: "There are around 19 churches in this town. Since we have so many, let's get together and collaborate so people in the community can see us working together to build the Kingdom of God. I am a stickler for unity and believe it's very important.

"Every month, we have a meeting that brings all the ministers together to share ideas and support each other. Some of us may be impatient, but it's happening and the unity is coming."

Additionally, Howard believes a unified alliance of churches would help to reduce criminal activity and general disorder in the town centre. He explains: "If all the churches should come together, the Spirit of God would flow more freely within the church.

"And, according to the historical revival described in Acts 2, we would feel the Holy Spirit, experience the power of God, and see more people being saved.

"The church benefits from this and so does the community and nation, because when we are united, things like drunkenness are reduced and there is less crime."

He added: "I fellowship with Seventh-day Adventists and am very friendly with my neighbours who are all from different denominations.

"One is a member of the New Testament Church of God, someone else belongs to the Emmanuel Apostolic Church, another is a Baptist, and there is another who belongs to the United Church.

"For me, it's all about building relationships so that we have a good testimony in the community for Jesus Christ. We must set a good example for people to follow, and that's where my heart is really at."