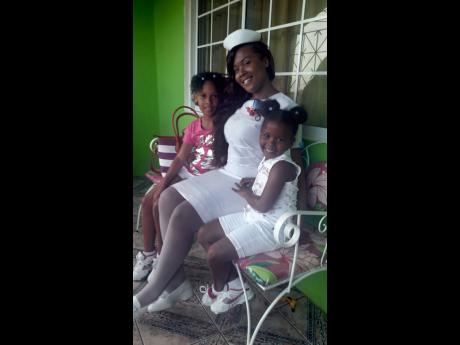 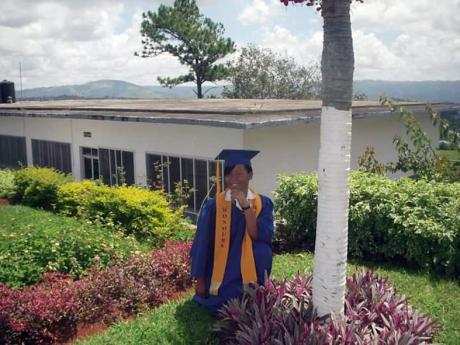 It is said that in the derby of life, falling from the horse is not of great importance. It is what is done after falling that requires acknowledgement.

Twenty-three-year-old Chaltu Johnson got pregnant twice during high school, but somehow managed to overcome the speeches about her amounting to nothing to graduating from university with a Bachelor of Science degree in nursing.

Here is her story:

"I didn't grow up with my mother. She migrated to seek a better life. I lived with my father, who was a taxi driver. Because of that, he was hardly home. My older sister, who I lived with as well, took care of me."

"My first pregnancy happened when I was in third form at high school. When I found out, apart from being nervous and confused, I decided that my grades for the term ending December must be great for me to get into another school when I had this baby."

Being a brilliant child from the primary level, Johnson managed to remain in the top stream and was able to secure placement at another high school.

"Maybe it was fate, but I ended up at the high school my mother and father went to. My mother was adamant that I go there and, after disappointing her with the pregnancy, I was not going to contest (her decision)."

Johnson returned to school and started a new leaf in a new environment, but she soon found out that history would repeat itself.

"Upon leaving high school, close to end of fifth form, I realised I was pregnant with my second child. By this, I had completed all my exams and was a part of the top five to be honoured at graduation, but I kept wondering what my family would say."

The very outspoken, brave, and highly opinionated Johnson was humbled by all her achievements but more so by the situation she had gotten herself into once again.

" I don't know, but my mother is such a tower of strength. I don't know if I would be where I am today if it wasn't for her. My father was there for me as well, but, trust me, had it not been for God and my mother, I don't know where I would be."

"When I told my mother of the pregnancy, of course, there was disappointment, but she worked with me to find a way out - not to dwell on the situation, but to push through it."

After attaining nine CSEC subjects, Johnson had her second baby, settled well with the help of her daughters' father, and applied for university.

"As soon as I was able, I applied for the nursing programme at Northern Caribbean University (NCU). At first, I wanted to do law, but I did this in honour of my mother who didn't have the opportunity to do half as much as I could academically. I almost didn't get in, but by God's grace, I did."

It was no smooth sailing for Johnson, who had financial struggles and two children to juggle, but failure was not an option.

"I felt like giving up many times, but when I realised I would disappoint myself, my family, and give the naysayers satisfaction, I pushed through. As the only child to go to college, I had to make my family proud."

"My sister assisted me with the kids and, of course, my daughters' father was very supportive. There were nights, however, when I had to stay in the library until 10 p.m. or 11 p.m. and he (children's father) actually questioned where I was, as if he thought I would be lying. My mother had to sacrifice to get someone to stay with the children some days, and as the finances ran out, my only option was students' loan."

Amid all the potholes Johnson fell in, she left NCU in August of this year with a BSc in nursing, and is looking forward to doing so much more.

"This is not the end. I'm going to do the final exam to receive my license. I want to work at the Mandeville Regional Hospital and have the experience of being staff and not a patient, and, of course, move on to doing my master's."

She ended: "You see, life is about pushing yourself and not being complacent. If you find that you are pregnant, carry that baby and, trust me, you will find a way to survive. Take a step, trust God, and push through.