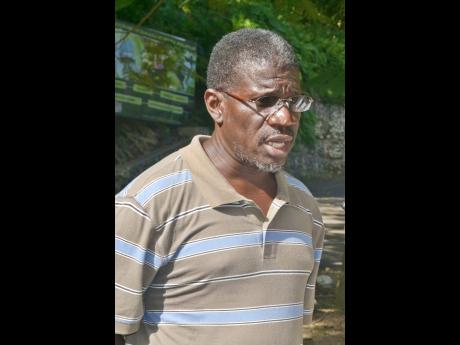 Pastor of the Ocho Rios Baptist Church, the Reverend Jonathan Hemmings believes that Jamaica needs a 'Homes Do Matter' movement if the current level of conflict that exists between people in the society is to be successfully addressed.

According to Hemmings, the most serious threat to life as we know it must be the many seemingly destructive and intractable conflicts that mark the human landscape.

"We need to diminish the level of conflict that exists among humans and between humans and the rest of the created order," Hemmings, who is also the chairman of the Ocho Rios Ministers' Fraternal, said in a written contribution to Family and Religion.

Hemmings is of the firm belief that the home has the ultimate responsibility to correct the ills of society as other institutions have only supporting roles in this regard.

"It is that the home has an irreplaceable role to play in the development of our children if they are going to live and lead wholesome lives in society,"

"Schools and other institutions, such as the Church, can supplement, but should not be required to supplant the home as the primary environment of socialisation for the young.

"To say that the home is critically indispensable to the very future of our human existence might seem a little exaggerated, but it is a reality that cannot be overstated if our ability to live in community is critical to our future. The home is the most important environment for the training of individuals to peacefully live in community."

The pastor said he was not sure that, Jamaica, as a nation, fully appreciates the extent to which the family is principally responsible for the proper socialising of individuals so that they can, in meaningful and constructive ways, engage society.

This doubt, he argues, stems from the ease with which institutions blame each other for the failings in the home.

"In this, the media is often complicit," Hemmings contends. "Some classical examples of this is the many instances in which youngsters would be seen displaying antisocial behaviour in public and the report would quickly indicate the school that their uniform suggests that they are students of, almost as if to make the school responsible for their behaviour when it is, more likely, a case of serious breakdown in home and family life.

"Or often, when in the face of some inexplicable behaviour, the question would be asked - What is the Church doing?

"And still yet, our expectations of the security forces and/or the Government. It is not to say that these institutions do not have a role to play, and that, at times, they do not fall short, but the truth is, even when they are doing their best, it can be too little or to no avail if the home is not fulfilling its role."

Hemmings said the recent statement from Education Minister Ronald Thwaites, where he referred to disruptive and potentially dysfunctional students as 'leggo beasts', and the "contentious" move by Dinthill Technical High to hold parents more accountable for their children's performance, are attempts to make the home more cognisant of and committed to their responsibility to exercise control over their children.

"It needs to be noised abroad that it is good homes, more so than good schools, that make for successful students and, by extension, productive citizens of society," Hemmings contends.

He continued: "It is not by chance that when our athletes, who have made us so proud over the years, even up to their recent performances, are acknowledging those who contribute to their achievements, they almost, without fail, speak about their parents or some other influence of the home. And might I say that what makes for good homes is not so much an abundance of valuables, but the presence of sound values. Mal-adjusted individuals know no class or racial distinction."

Hemmings said many attempts have been made to give assistance to parents in the very difficult task of offering the proper upbringing to their children to get them to better engage life in meaningful and meaning-filled ways.

He further explained that the Ocho Rios circuit of Baptist Churches, over the last two years, has been engaged in the establishment of parenting clubs as part of its outreach to the communities in which they are set.

The churches seek to develop programmes that serve to deliver the resources to parents and to awaken in them the resourcefulness that will allow them to more successfully nurture their children physically, mentally, emotionally, intellectually, and spiritually to become well-adjusted citizens of society.

Hemming is suggesting that similar initiatives could be developed to be offshoots of parent-teacher associations, or be organised by other existing institutions, such as service clubs.

"I believe much of the deficiencies in the home is owing not so much to what the often-too-young parents do not have, as it is owing to what they do not know. These clubs can offer valuable tips as to how to manage some of the challenges that all parents face when raising children."

Hemmings underscored the importance of education as a means of empowering children with a sound intellectual platform from which to embark on the voyage of life.

"In fairness to our schools, when they are not made responsible for the failings of the home, they may be seen to be doing a better job than they are often credited for."