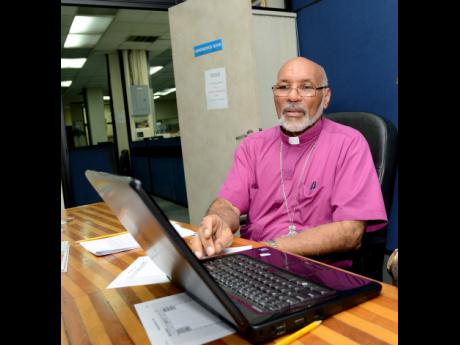 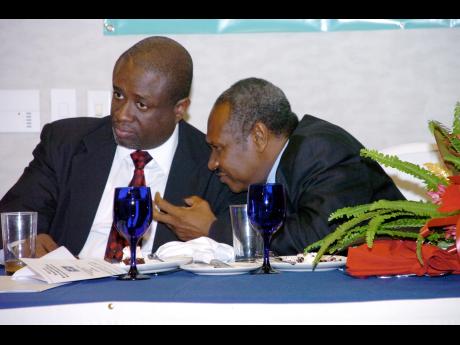 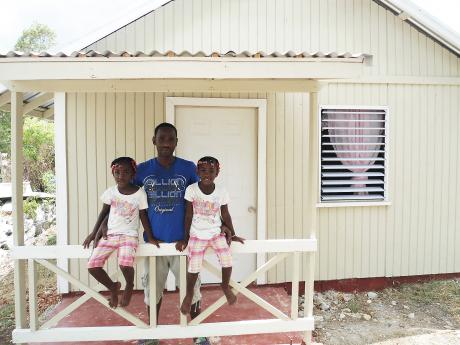 File
Conroy Nelson is sandwiched by twin daughters, Alicia (left) and Alisha, as they stand in front of their new house which was donated by the non-denominational charity group, Food For The Poor.
1
2
3

Efforts by at least two of the country's leading Christian denominations to provide low cost housing to thousands of needy Jamaicans have stalled because developers are reluctant to invest in low-income houses or build on lands in rural areas.

General secretary of the Jamaica Baptist Union (JBU), the Reverend Karl Johnson, and Anglican Bishop of Jamaica and the Cayman Islands, Howard Gregory, told The Sunday Gleaner that while they have no problem making church land available for housing projects, finding suitable partners to undertake these ventures has been a struggle.

"What we have been thinking and trying to map out a strategy for is how we can assist with improving the housing stock in the country in an orderly fashion," said Johnson. "It's something we want more collaboration on."

According to Johnson, about six years ago, the JBU approached the National Housing Trust (NHT) about the possibility of the church making lands available for the building of houses. He said that since then, the NHT has made no meaningful effort to capitalise on this offer.

"I don't know if the Government has been proactive enough to reach out to all potential stakeholders to say, 'can we use their land?'" said Johnson.

"With the opening of these highways, you just don't know. We maintain a very open posture to aid development in a sustained and holistic manner."

According to Johnson, the JBU gets requests each month from member churches to assist with providing shelter. About two years ago, the Union sold about seven acres of land in Hague, Trelawny, at below market price to the Government to regularise the community for the benefit of scores of families that had established informal settlements on the land. The property was initially slated to be used by the church for the establishment of a secondary school.

"We stayed out of the legal wrangling because, in the long run, we saw it more as helping the chronic housing situation," said Johnson.

"I can speak for our denomination; sometimes people say Church have a lot of land, but part of the matter is where the lands are," he noted.

While plans by the Anglican Diocese to build several student houses are set to become a reality in the coming months, efforts to secure partners to establish low-income houses have failed to attract developers.

"A lot depends on what the developers will go with, and in Jamaica, a lot of developers don't seem to want to touch low-income housing at all. Perhaps, they want to make a bag of money," said Gregory.

The Anglican Diocese of Jamaica and the Cayman Islands broke ground in February 2014 for a complex in Kingston, which will comprise 36 studio units on half acre of land previously donated by the church.

Unit sizes for the studios will range from between 356 to 635 square feet and will come with a $9 million to $11.9 million price tag once completed. The complex will be financed with church equity amounting to $90 million from the Diocese as well as loan funds from the Jamaica National Building Society.

Chairman of the Diocese's Property Advisory Board, Dr Vincent Lawrence, last year told The Gleaner that while the Diocese currently holds more than 80 parcels of land across Jamaica, only half has been used for the establishment of churches and schools.

The JBU also partnered with the Boulevard Baptist Church and Kings Manor Development Company Limited last year to launch a multi-million dollar town house complex in Barbican, which was almost sold out in no time, despite its $21 million price tag.

The gated community is built on just over half acre of land. The Union also built the L'Aventura gated housing complex off Washington Boulevard in the late 1990's, which comprises several apartments and town houses.

Both Johnson and Gregory would love to see more low-income earners owning houses, but currently this vision will not become a reality without the buy-in from developers.

"Exploration is taking place, but, you see, you can have lands ... 10 or 15 acres, and you want to develop, and a developer tells you, 'we don't develop less than 40 acre'. That's one of the things. It's not like we haven't made approaches. It's just that when we make an approach, it's not what they are asking for," said Gregory.