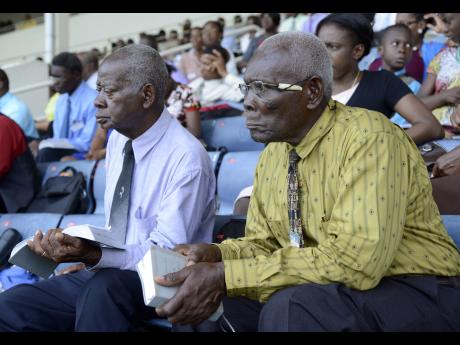 Members of Jamaica's Jehovah’s Witnesses community attending a convention at Sabina Park in July. The practice of shunning by members of the faith is being branded cult like. 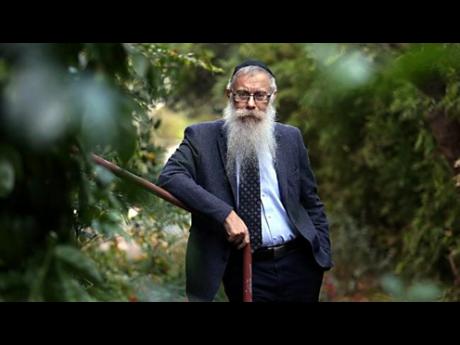 The term 'cult' is oftentimes used to describe fringe, apocalyptic, counter-cultural groups that withdraw from society. But this is not always the case. Some mainstream religions, deemed harmless and law-abiding, are nothing more than cults, using tactics that lead to profound psychological distress among members.

One such group is Jehovah's Witnesses, according to cult expert and counsellor, Raphael Aron, director of cult consulting in Australia, and author of Cults Too Good To Be True. (Harper Collins, Australia 1989); and Cults, Terror and Mind Control. (Bay Tree Publications, California 2007).

Particularly interested in 'shunning', a practice that devalues, humiliates and disfellowships members from their organisation, I approached Aron.

I learned that when a member is shunned, all forms of communication are disallowed. Charity and love are moot words; hearts are iced, and the aphorism "he that is without sin, cast the first stone" is meaningless. This is where religion adopts a rigid, pernicious stance that makes you wonder if humanists are closer to the truth than we think. After all, charity and kindness are not religious acts.

Remarkably, a person is not only shunned for violating the edicts of Jehovah's Witnesses. Rape victims and individuals who have become psychologically ill for whatever reason are deemed culpable and ostracised. In a bizarre and unconscionable turnaround, supposedly supported by Jeremiah 2:8, rape victims are blamed and shunned if they do not scream or forcibly fight back during their harrowing experience.

To further validate the argument against shunning, Aron invited a member of the faith to share her thoughts. Interestingly, she wants to completely break with her faith but is hesitant and apprehensive, mindful that she will be shunned by her entire family, a prospect too dreadful to experience. To protect her identity, I refer to as Jane Doe.

The following dialogue sheds light on a religious movement with all the trappings of a dangerous cult. But somehow, this religion is given a free pass, slipping under our radar with abandon.

What is the role of the elders in the Jehovah's Witnesses ministry?

Jane Doe (JD): They look after all congregational matters, they ensure that members are meeting the required minimum time of 10 hours of door knocking, and are attending all congregation meetings. Also, they ensure that members who have sinned or disagreed with church policies are disciplined. They also have a hospital liaison committee made up of elders that check hospital admissions of Jehovah's Witnesses to prevent members from accepting blood transfusion. They also oversee the finances of the congregation.

Elders are given a secret manual on how to deal with members.

This manual comes from the governing body in New York. They are the leaders of the Jehovah's Witnesses. They call themselves the faithful and

discreet slaves that God has appointed to all his earthly belongings. They communicate with God by his holy spirit and then relay "food at the proper time" to members.

Does shunning have biblical support?

JD: There are two categories: "disfellowship" and "disassociated". Both are similar. Disfellowshipping is what Jehovah's Witnesses appropriately call the expelling and subsequent shunning of an unrepentant wrongdoer.

Disassociated is someone who has rejected God's organisation and are apostates. They are called "mentally diseased." They seek to infect others with their teachings.

It was not until 1952 that the elders introduced disfellowshipping as now practised, but there is no biblical justification for this unchristian form of manipulation

However, they cite 2 John 10, which says that we should not greet the Antichrist. This single scripture is said to support not saying hello to a disfellowshiped person.

In Scriptures, such as 1 Corinthians 5, Paul outlined limiting association with Christians that practise wrongdoing, but not strict shunning. Members are disfellowshipped for practices such as smoking, gambling and blood transfusion. Immediate family members are prevented from associating with their disfellowshipped relatives.

The punishment applies forever, or until the Watchtower Society formally reinstates the person. It is considered irrelevant whether the person no longer practises the wrongdoing he or she committed.

Modern-day shunning comes from the third president Nathan Knorr. Interestingly, as late as 1947, the practice of excommunication was said to be a non-scriptural, pagan practice At that time, Hebrews 10: 26-31 was cited to show that it should be left to God to judge individuals.

What are some of the psychological damage that shunning inflicts on a person?

JD: As a controlling group, they instill "the us versus them" mentality.

All non-Jehovah's Witnesses are worldly people under Satan's rule. Therefore, association with worldly people should be limited to only necessary dealings, and for preaching.

This means that if a Jehovah's Witness leaves the organisation they have no outside support system. Their whole support structure doesn't exist. They have no one and they have lost their entire family and friends. This is devastating.

Here are some recent articles on shunning: In The Watchtower ( Jun 15, 2013, p 28) , a disfellowshipped person states, "Had my family associated with me even a little, say to check up on me, that small dose of association would have satisfied me and

likely not allowed my desire for association to be a motivating factor to return to God."

This shows how absolute the shunning of family is expected to be.

The Watchtower (Jan 1, 2013, p 16) even denies family communication by email, stating; "Do not look for excuses to associate with a disfellowshipped family member, for example, through email." Interestingly, while the translation into most languages is the same, the Spanish edition extends this to "email, phone or text messaging".

Are new Jehovah's Witnesses made aware

JD: New students aren't told of this practice until they are fully indoctrinated; the subject is avoided till they are submerged into the teachings.

Raphael Aron: A range of practices suggests this is an organisation with cultish features. Our clients have reported that shunning can often be the result of questioning the organisation, its leadership, its doctrine, or participating in any practice outside the strict guidelines of the organisation. Numerous former members who have lost their entire families as a result of a decision to leave the Jehovah's Witnesses have documented the devastating psychological and emotional harm caused by shunning.

One of the classic features of a cult is the suppression of questions or enquiry about the group. Another sign is the practice of the organisation to claim that it is the only true religion on Earth, meaning quite literally that all other religions are false and without meaning.

Cults also control members' movements and social contact. The prohibition by the Witnesses to any birthday celebrations - and the celebration of Christmas - have serious affects on family dynamics and interaction. The continuing changes in predictions regarding the end times is practised by numerous cults.

Clients have also reported that they were warned that if they left the organisation, terrible things would happen to them. This injection of fear is another sign of many cults.

The bizarre manner in which Jehovah's Witnesses have dealt with child abuse surfaced in their recent appearance at the Australian Royal Commission into Institutional Responses to Child Sexual Abuse. Church law dictates that members must turn to elders rather than the police. It also demands that there must be two witnesses to a crime before taking any action. The biblical citation for this is found in Deuteronomy 19:15: "No single witness should rise up against a man respecting any error or any sin. At the mouth of two witnesses or at the mouth of three witnesses the matter should stand good."

Cults are well known to hide many of their more controversial practices from newcomers and prospective members. The smiling Witnesses who knock on your door do not talk about shunning, no birthdays, Armageddon, blood transfusions or the suppression of enquiry.

How does shunning run counter to Christian principles?

JD: Jesus commanded that we not judge but love all,

particularly those we consider our enemies.

Luke 6:27-37: "But I say to you who are listening, Continue to love your enemies, to do good to those hating you, to bless those cursing you."

Jesus introduced the standard on how Christian wrongdoers should be treated according to Matthew18:15-17:

How many people voluntarily leave the Jehovah's Witnesses?

JD: Personally, I don't trust their publications to give accurate statistics. One thing for certain is that Jehovah's Witnesses have stagnated in growth in the Western world. The Internet has most certainly helped as we become more aware of cults and what the definition of cults is.

- Dr Ashby is the president of Global Interfaith Council and Author of Anam Cara: Your Soul Friend and Bridge to Enlightenment and Creativity.