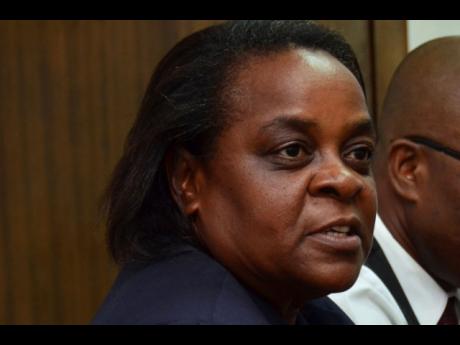 Ross-Stewart, the commanding officer for the Centre for the Investigation of Sexual Offences and Child Abuse will appear in court today.

Enid Ross-Stewart, the head of the police body that probes sex cases is to appear in court today to explain why it took more than a year after a report was made against former politician, Don Creary, for him to be charged with rape.

On Friday, Resident Magistrate Simone Wolfe Reece, demanded that Ross-Stewart, who is the commanding officer for the Centre for the Investigation of Sexual Offences and Child Abuse, appear in court.

The magistrate made the order after hearing that in 2013 Creary and  his co-accused, 22-year-old Shaneke Williams, took a 15-year-old female complainant to an apartment in St. Mary, where she was allegedly given alcoholic beverages and sexually assaulted.

The court was told that the complainant first gave a statement to the police in March 2014 and a second on September 3 this year.

RM Wolfe Reece said she was concerned about the delay in bringing the matter before the court and wanted an explanation.

Meanwhile, the magistrate is to hand down her decision today on whether the 48-year-old former Jamaica Labour Party councillor and his co-accused will be granted bail. Their attorney Tom Tavares-Finson made the application on Friday.

Don Creary and Shaneke Williams have been in jail since last week Wednesday when they were arrested and charged.