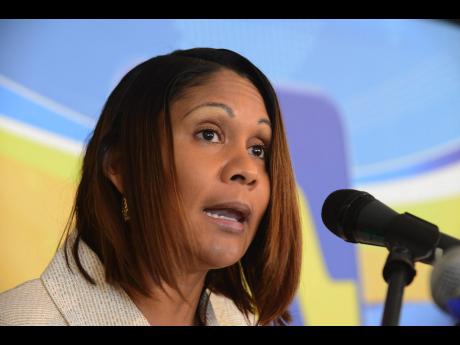 JN Money Services, operators of the JN Money Transfer brand, has waived all fees on remittances being sent to Dominica as part of its drive to assist residents in the Caribbean country, as they recover from the damage which left more than 20 persons dead and others missing, following the recent passage of Tropical Storm Erika.

The company said the fee waiver, which took effect on September 4, will continue until September 26.

"We are aware of the hardships that the people of Dominica are experiencing since Tropical Storm Erika. Therefore, to assist with the recovery efforts, we have waived all fees to send money from the UK, USA, Canada and the Cayman Islands to the island until September 26," said Leesa Kow, general manager for JN Money Services.

The Caribbean island has been struggling since the storm left several persons dead and others missing. It has also damaged the infrastructure, with hundreds of houses destroyed and roads and bridges washed away.

"Based on reports, Tropical Storm Erika is one of the worst disasters to hit the island. The damage, particularly landslides, has affected several communities and there are many persons who are in need of relief assistance," Kow said.

Persons living in Dominica can access funds sent to them at the National Co-operative Credit Union branches across the island.

"Whenever there is a disaster, remittances to the affected country normally increase and, in that regard, many persons outside of Dominica seek to send funds to their relatives and friends. We have taken the decision to waive all remittance fees and this will result in persons being better able to assist their loved ones to get back on their feet," Kow said.

The World Bank estimates that Dominica, with a population of about 73,000, has roughly the same number of nationals living overseas. And, the bank maintains that Dominica is among the top 30 countries in the world where remittances are important to its gross domestic product.

JN has a strong presence in Dominica, where operations began in 2008. The company's presence across the Caribbean is growing with operations in Guyana, the Cayman Islands, Trinidad and Tobago, Barbados, Haiti, Antigua and Barbuda, as well as St Vincent and the Grenadines.