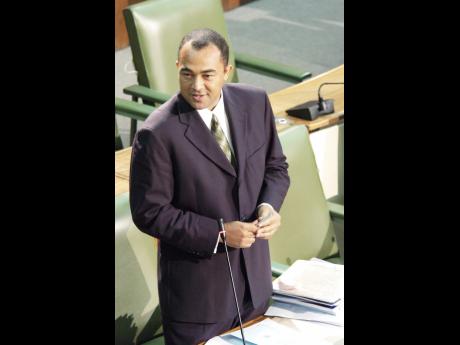 Tufton was booted by the voters after one term as member of parliament in the weather-vein constituency in the 2011 general election. He saw his 1,825 majority secured in 2007 wiped out by Hugh Buchanan, who won the seat by 13 votes.

Contributing to the Fishing Industry (Amendment) Act in the Senate on Friday, Tufton said that South West St Elizabeth has about eight fishing villages which have about 1,000 fisherfolk. He said that most of the people who depend on fishing for survival are poor, and that he argued that the unsustainable manner in which fishing has been practised over time has made it more difficult for them to survive.

Among other things, the Fishing Industry (Amendment) Act is proposing an increase in the penalty for fishing in fish sanctuaries.

Tufton, however, said that simply increasing the penalty is not enough and warned that if not accompanied by public education, the new law will be meaningless.

"Not only will increase in fines affect them negatively, because some of them will just not be able to afford it, but, to a large extent, the punitive measures will go so far and no more if it is not supported by public education and an attempt to change the cultural practices within these communities around the country," Tufton said.

"To convince them that this particular area is a no-fish zone and it would eventually lead to a better catch later on if they allow for an expansion of fish stock by not tampering within that area. It was difficult," Tufton said.

"You lost political support for that; I certainly did. I am not blaming them for my election loss by any means, but there were fishers who were very upset. I tried it, not just as a minister, but as a member of parliament where I did a number of things to try and change culture and behaviour in these fishing villages.

"We attempted to increase the mesh size from 1 1/4 to 1 1/2 to allow the smaller fish to escape the fish traps, a lot of fishers were upset because their position is that you were depriving them of their economic activity," he added.

Having lost the 2011 general election, Tufton left South West St Elizabeth and is now seeking to represent West Central St Catherine on the Jamaica Labour Party's ticket. While his contribution to the debate was not political, he told fellow legislators that, as minister, he attempted to preserve Jamaica's fish stock through several initiatives.

He noted, for example, that the number of fish sanctuaries was increased under his watch.

"When we took over the government, we had two fish sanctuaries in Jamaica. We declared an additional nine, including one just off the coast of Black River."