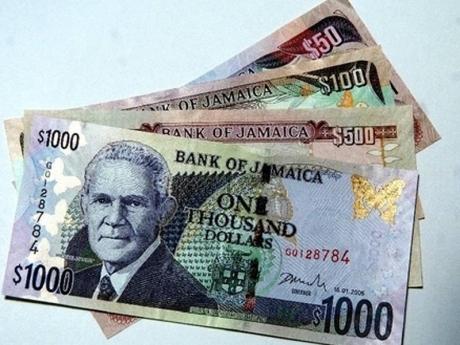 The Registrar of the Department of Cooperatives and Friendly Societies has signalled its intent to cancel the registration of the National People’s Cooperative Bank (NPCB) unless it can be shown that the bank is conducting its financial affairs and management in accordance with its rules and Industrial and Provident Societies Act and Regulations.

The Registrar, Errol A. Gallimore had issued a cancellation order published in the Jamaica Gazette, with an August 5, 2015.

However, The Gleaner understands that Gallimore, has approved a three-month extension of the order.

At the same time, in a letter dated August 26, to the chairman of the NPCB, Bernal Neil, chairman of the Agricultural Credit Board (ACB) Hugh Graham served notice that the Board has exercised its powers vested under the Agricultural Credit Board Act to take over the management and control of the NPCB, beginning on August 27, 2015 and until further advised.

In the letter, a copy of which was obtained by The Gleaner, the ACB advised that the notice was in keeping with the Section 17(2) of the Act.

Citing reasons for the action, the ACB highlighted “reckless exposure of members saving” resulting in more than $665 million or 21 per cent of members’ deposits being unaccounted for.

It also pointed to unacceptable financial performance as confirmed by the audited financial statements of the NPCB for 2014 and several years preceding.

The ACB said it was not satisfied with the information regarding the affairs and assets of the NPCB.

It said the findings of the final report of the special audit on the NPCB dated August 5, 2015, and the numerous breaches indicated in the probe confirmed the high risks to members’ savings and stakeholders’ interests.

In his letter to the NPCB chairman, Graham said the notice confirmed breaches and the lack of enforcement of the established credit and other policies and procedures of the NPCB.

Additionally, Graham stated in his letter that the Development Bank of Jamaica had suspended lending to the NPCB as a result of the breaches by the bank to the loan agreements between the DBJ and the NPCB. “This too has implications for the financial sustainability of the NPCB,” Graham stated.

He said the NPCB’s registration by the ACB to conduct business as an agricultural loan society expired on March 31, 2015 and was not immediately renewed by the ACB because of several concerns the Board brought to the attention of the NPCB.

The ACB chairman charged that the Board was not satisfied that the risks to members’ savings and stakeholders’ interests have been substantially alleviated and it remained concerned about the governance, administration, accounts, accountability and proceedings of the NPCB.

Graham said the ACB has appointed Paul Miller as interim general manager of the NPCB for a period of three months, in the first instance, beginning on August 27, 2015.

The letter was copied to Agriculture Minister Derrick Kellier; his state minister Luther Buchanan; permanent secretary in the agriculture ministry Donovan Stanberry; Registrar of the Department of Cooperatives and Friendly Societies, Errol A. Gallimore and Milverton Reynolds, managing director of the DBJ.