Police launch Get the Guns Campaign 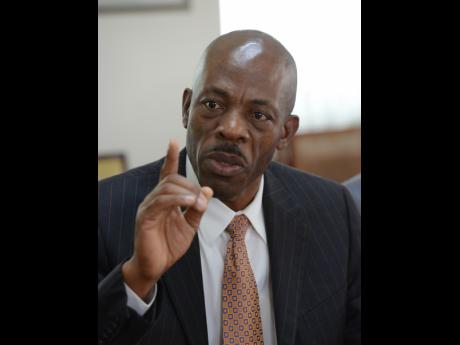 File Photo
The ‘Get the Guns Campaign', which was announced by Police Commissioner Dr Carl Williams several weeks ago was launched at his office on Old Hope Road in St Andrew.

Dissatisfied with the average 600 illegal guns taken off the streets by lawmen each year, the Police High Command this morning launched its ‘Get the Guns Campaign'.

The initiative, which was announced by Police Commissioner Dr Carl Williams several weeks ago was launched at his office on Old Hope Road in St Andrew.

Edmond Campbell has the details

Further, an additional 9,000 Jamaicans were shot and injured, resulting in a severe burden on the country’s health services.

This has also impacted thousands of families whose breadwinners could no longer support their families.

Commissioner Williams says in the last ten years guns have also featured in the rape of some 1,200 women and girls.

The police are offering greater cash incentives for persons who provide information leading to the seizure of guns and ammunition.

Williams says incentives will also be offered to personnel and police divisions who seize the largest number of firearms and ammunitions.

The police commissioner announced increased cordons and searches across the country as part of efforts to crackdown on persons with illegal weapons.

Members of the public have been encouraged to play a key role in the ‘get the guns’ campaign by reporting to CRIME STOP any information they have on illegal firearms.

The police will also introduce coastal watches for towns and communities along the shoreline to stem the drugs for guns trade between Jamaica and Haiti.

Arrangements are in place to dispatch police officers in Haiti to consult with the Haitian police.

Chief executive officer of the Private Sector Organization of Jamaica Dennis Chung who endorsed the initiative urged members of the public to support this move.

He says crime is a major disincentive to the development of the economy and as such every effort must be made to tackle the problem.

Chung’s colleague and business Ferris Ziadie says private capital will not invest in a country with an illegal gun culture.