Newton Lewis is turned off by church leaders 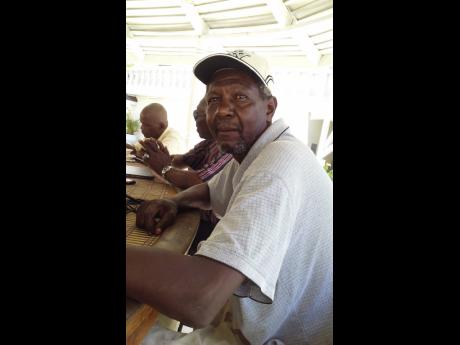 Newton Lewis, a construction worker, who has admitted that there is a need to serve Jesus Christ has said the behaviour of some members of the clergy is a deterrent for him.

Affectionately known as 'Pressa', the 61-year-old resident of Stony Hill, Portland, said religious leaders need to practise what they preach, and not to indulge in the opposite.

According to Lewis, he had several experiences involving preachers of different denominations, who have participated in adultery and other forms of illicit sexual practices, gambling, bribery, and trickery, even though they are the head of the flock.

"I am not a baptised Christian, but I acknowledge God as the Creator. The lifestyle of some Christians is a turn off for many persons who probably want to give their lives to Jesus Christ. I am not a saint, but there are things that some self-proclaimed Christians indulge in that has never even crossed my mind. I have overheard deacons criticising residents, while commenting that they do not like such and such a person. How can a Christian make a bold statement about not liking a neighbour, when God speaks highly about loving your neighbour?" he questioned.

And while Lewis contemplates the likely move of giving his life to the Lord in the near future, he recounted that an incident that occurred while he was a teenager, where a pastor allegedly stole money from the Young People Endeavor, a special savings set up by youth members of a particular church, is still fresh in his mind.

"Back then, the pastor was seen as the perfect man. But greed got the better of him. We were so shaken up back then, that many young persons including myself, stopped attending church, as we felt cheated. We were robbed by an individual whom we adored and looked up to. It was a hard pill to swallow. I am well aware that not all pastors are crooks, but one has to be careful, especially with such an experience as mine."