In the world of the Malongo tradition 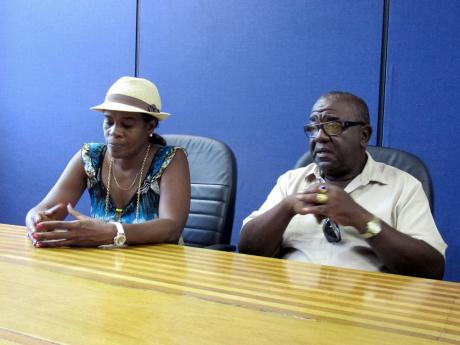 Before Christianity was introduced into Africa, Africans had their own structured cosmology, at the centre of which was a reverence for and a relationship with nature. It also embodied a spiritual connection between the living and the departed, to which the living turn for help in times of distress.

And when African peoples were brought to the West Indies as slaves and indentured servants, they brought their perspectives of the universe and their spirituality with them. In some places, such as Jamaica, their religious practices and rituals were banned because of fear and misunderstanding. Yet, they were observed secretly and have evolved into indigenous cultural and religious practices.

Kumina rituals brought to St Thomas, Jamaica, between 1838 and 1865 by Congolese indentured workers are one such retention. However, in Cuba, the Congolese were brought over as enslaved people. They openly practised their religions and that's why the Congolese (Malongo) retentions are stronger in Cuba. They consist of elements that are similar to Kumina.

Recently, Family and Religion spoke with Cuban Malongo priest, Andres Ramirez Machin (Tata NKisy), and his wife Elena Diaz (Yaye Nganga), who are still in Jamaica, about the beliefs and philosophy of the Malongo tradition (Congolese tradition) of which he has been a priest for more than 30 years.

"I am no more than someone who has been for a lot of time, more than 35 years, trying to understand the universe in its many forms," Tata NKisy said. He was heavily influenced by his mother who used to practise the main African-roots religions known in Cuba, the Yoruba tradition and the Congo or Bantu tradition.

"She took me into the Catholic faith, made me to study the catechisms and make my communions with the Lord ... Because you should know that we are a country where the plural religious people are very common, meaning people who practise more than one religion and that is due to the presence of ancestors of many different cultures in our lives," Tata NKisy explained.

He has studied the theosophic religious system, which is one "based on intuitive insights into the nature of God". His focus now is on the Congolese tradition known in Cuba as Palo Monte, Mayombe or Malongo or simply the Bantu tradition.

In that tradition, practitioners "use and name the elements of nature and personify them as deities". Yet, "We believe in only one God, Samby (or Nsambi), the Creator ... No matter the name ... is only one God," Tata NKisy said.

The elements of nature have always been around, Tata NKisy said. They were given to us by God "to understand his power, to know that he is present in every stone, animal, plant, and that he has given them and us the power to live our lives and mend our mistakes, and also the chance to fight, for the survival, and the continuity of the human kind".

He said, "It was with that vision that I decided to get into the Congolese tradition first and the Yoruba one later ... Nowadays, I only dedicate my life to guide and help the people who come to us (me and my wife), using these knowledge."

The main way of helping people in the Malongo tradition is by way of divination (reading). During the reading, a person could be told that the solution of his problem can be at church, or in the Osha context (Yoruba tradition), or in the Malongo context, or even in the spiritual or psychological context and sometimes in all of them at the same time.

"It is the means by which this tradition accesses the knowledge of the universe using a very elaborate system of mathematical and geometrical combinations (binary mathematics) that is based on the experiences of the thousands of years of use and analysis and the spiritual charge of energy coming from the undeniable influence of the ancestors," Tata NKisy said.

"It can tell us where the problem is and how to solve it using the different means in your surroundings, and that it is not witchcraft or obeah. That is ancestral science that was used for many generations, and is still used to control and manage the surroundings on behalf of the community, and to face the different adversities of human life."