Silvera gets the nod to represent Western St Mary 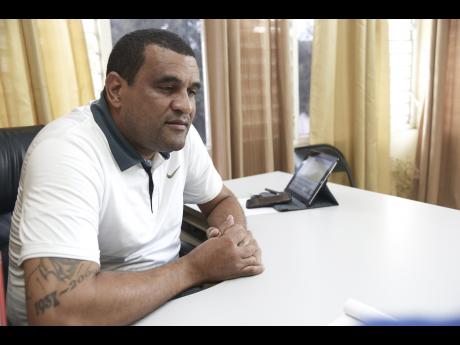 Jolyan Silvera, the sitting member of parliament for Western St Mary, is expected represent the People's National Party in the next general election following a ballot in Port Maria on Monday.

Of the 71 delegates who were eligible to vote, 58 attended the meeting which took place at Brimmer Vale High School.

Fifty-seven of them voted in favour of retaining Silvera as their candidate for the constituency, while one delegate spoiled his/her ballot.

Speaking after the vote, Silvera told The Gleaner: "This was a matter of just ratifying my candidacy for Western St Mary.

"We swept the street, lane, crevice and corner. Everything is good, so now the party can officially state that I am the candidate for Western St Mary.

"I feel confident moving forward because the delegates have spoken from right across the length and breadth of the constituency and they have shown their confidence in me, and I'm here to work with them, stick with them, and carry them through tough times and good times."

He added: "We will just sit and group as a family. We will devise the strategies [on] how to move forward. We'll do the analysis, and once we have all the data, we'll know exactly where to go because in today's day, it's not about your visibility; it's also about the numbers at the end of the day."