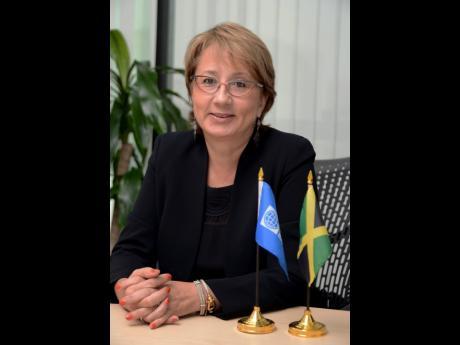 New World Bank country manager Galina Sotirova says very few believed Jamaica would have made the progress it has in the last three years in reducing its debt to gross domestic product (GDP) rate.

Sotirovo has credited Jamaica’s commitment to its structural adjustment programme and says the recent buy back of the PetroCaribe debt was also a positive development.

She says Jamaica’s progress so far has been tremendous, as not many thought the country would have been able to achieve what it has so far.

Sotirova says the focus must now be placed on achieving more noticeable growth.

She says areas with potential for boosting growth are agriculture, logistics and the Information Communication Technology (ICT) sector.

Sotirova’s statements come a day after the Executive Board of the International Monetary Fund (IMF) approved the ninth review of Jamaica's economic performance under the four-year loan agreement.

The approval allows Jamaica to access an additional US$39.7 million as part of the agreement.

However, the IMF has warned the government that the unemployment rate needs to decrease even as other economic indicators are heading in favourable directions.