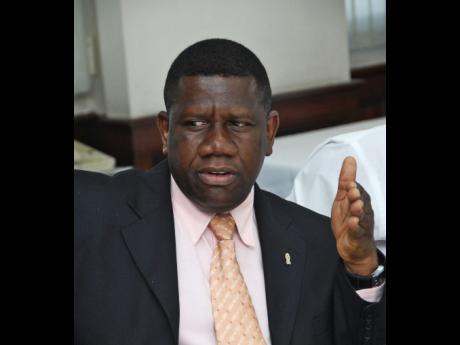 The member of parliament (MP) for South East St Mary has identified several tracks of state-owned lands in the parish, including property adjoining the Richmond Correctional Centre, which he said should be turned over to farmers for cultivation.

"I am yet to see that we are serious about agriculture and food security in St Mary," said Dr Winston Green, a government MP.

Green, who was making his contribution to the State of the Constituency Debate in the House of Representatives last Wednesday, said that hundreds of areas of lands now lie idle in the parish and this needs to change.

"It is discouraging that we seek to increase production in agriculture, but yet we have hundreds of acres of government lands suitable for cultivation - like that at Cape Clear, Devon Pen, Way Hill to Lunar Field, Grays Inn, Fort Stewart, Mount Regale, Elliot to Montrose, and acres upon acres of Richmond Prison lands - lying idle after representation has been made by me on more than one occasion to lease these lands to existing and potential farmers," Green said.

The MP bemoaned the fact that many farmers are unable to get assistance with the use of a farm tractor which is based at the Rural Agricultural Development Authority, due to it being in a state of constant disrepair.

He said, too, that in addition to praedial thieves, drought, fire, hurricane and floods, the farmers in his constituency are constantly fighting against the odds.

Some cocoa farmers, he said, are now cutting down their trees because they have been unable to get payment for their produce.

Aside from the need to support agriculture, Green told parliamentarians that the lives of his people would be enhanced if the state were to deliver on plans to improve access to water.

"I would not be a good representative of the people if I were to come here and pretend that everything is rosy," Green said, adding that, although he has been able to secure transformation of many communities, there are many things that are left to be done.

"Since my time as member of parliament, we have put in and have commissioned the Broadgate water system that supplies water to the community of Broadgate and surrounding communities. We have established and improved the Enfield water systems; we have built and commissioned the Seaton water system. Despite all these successes, there are still many more rivers to cross," Green said.

The MP's contribution to the debate was made at a time when people from various communities have had to resort to the blocking of roads as they protest their inability to get water.

He spoke about the long-standing plans to commission a well at Agualta Vale, with the running of water and a small connecting system to provide water to many communities such as Lewis Store, Highgate, Belfield and Clonmel.

During his contribution to the Sectoral Debate earlier this year, Water Minister Robert Pickersgill said work is to continue at

the Agualta Vale/Highgate /Richmond/ Islington Water Supply System, in South East and Central St Mary, at a projected cost of $750 million this year.

Green said on Wednesday that the system has not yet been commissioned and the residents are waiting.