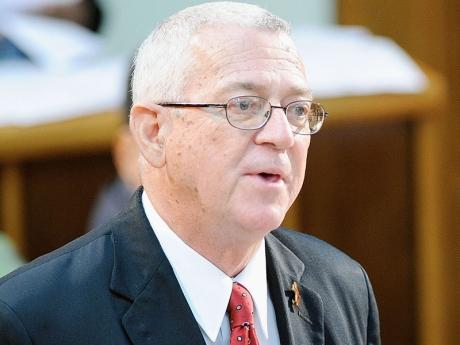 Education Minister, Ronald Thwaites, and officials from Clan Carthy High School in Kingston are currently meeting to discuss a furniture shortage at the school which has caused hundreds of students to remain at home.

Thwaites has said the shortage of furniture was caused by destructive students.

The minister says the education ministry is very concerned about the destruction of furniture at the school.

He argues that given the country’s financial position, the leadership of schools must ensure that their infrastructure is adequately cared for.

The education minister says the situation at Clan Carthy raises serious questions about inventory and the care of school property.

Sign up for The Gleaner’s morning and evening newsletters.
Education Minister Ronald Thwaites

The administration of Clan Carthy reportedly has had to ask at least 600 students to remain at home for some school days because of a shortage of furniture.

Parents have reportedly expressed concern about the situation.

Thwaites says the education ministry is moving to get a clear picture of the situation of Clan Carthy with the intention of addressing the problem.

The education minister was speaking in an interview on Nationwide Radio this morning.