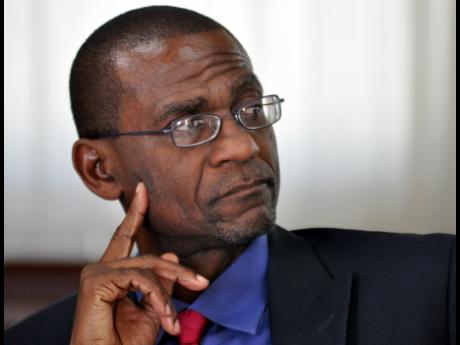 Debate has commenced in the House of Representatives on a private member's motion brought by East Portland Member of Parliament (MP) Dr Lynvale Bloomfield, the mover telling legislators that creation of a backbench committee would decrease the need for a large executive, bridging the gap between the people and government.

Bloomfield wants the committee to consider and make recommendations to the House on the establishment and implementation of a Sessional Select Backbencher Committee to represent the interests of backbenchers in the House of Representatives, keeping with best parliamentary practices worldwide.

"Decreasing the size of Government in an executive way could actually mean improvement in the efficiency of government and would allow more people to be in the backbench to be able to supply this kind of critique that would lead to this agitated type of development," Bloomfield said in his opening.

The East Portland MP, who is a member of the Government, said a backbencher's committee, which would raise its voice and concerns, could add value to the parliamentary process.

"A direct benefit of such a committee would be to enhance the progressive and professional capacity of its own members in bringing them into executive offices, and would lead to improved executive functions in the future," Bloomfield said.

On Tuesday, Bloomfield pointed out that Simpson Miller continually stated that among her backbenchers were people who are equipped and capable to join the executive at any time. He said that having a backbencher's committee would be preparatory to taking up roles in the executive.

He said, too, that the committee would pull Government much closer to the people by "standing in the gap, which would deliver focus on the people's agenda".

Among other things, the House is being asked to convene a Special Select Committee, chaired by the Speaker of the House and consisting of backbenchers only, to consider and report to the House on the relevance, roles and responsibilities of backbenchers, in an effort to enhance the role of participatory democracy in Jamaica's parliamentary system.

Opening the debate in the House, Bloomfield said the motion is intended to draw attention to the need for more input in strengthening the autonomy and management of the Parliament.

"It is all about engagement and it is about effective confrontation," the first-term MP said, while arguing that the increasing complexity of governance requires constant fine-tuning.

He argued that having a backbench committee would establish a needed platform for "further dialogue between the government and the various stakeholders about the actions which will be required to improve economic prosperity via the growth agenda".

Bloomfield argued that as Jamaica improves its position on the various global, social and economic indices, there is a need for checks and balances within government, and a backbench committee would add to the volume of work done by the ministers of Government.

The MP pointed to a similar group in the British Parliament - the Group of 22 - and said that in Jamaica the backbencher committee, "is to be set up to advance accountability and to build trust among the population".

"One of the fundamentals to change is self critique and self-reevaluation and, what better way, without being antagonistic, than to establish such a committee which will fulfil the very role and responsibility of our backbencher," Bloomfield said.

The MP argued that having about six strong, vibrant, bright, visionary and energetic backbenchers would make the committee work.