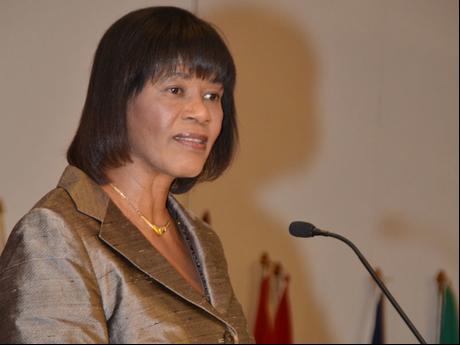 File Photo
Prime Minister Portia Simpson-Miller. The Gleaner reported earlier this week that British Prime David Cameron and his Japanese counterpart Shinzo Abe, are due on the island next week.

The government says it expects two special guests to the island between September 29 and October 1.

It is the first time the government is commenting on the matter since The Gleaner reported earlier this week that British Prime David Cameron and his Japanese counterpart Shinzo Abe, are due on the island next week.

A statement last night from the Office of the Prime Minister, OPM, did not name the guests but said the timing of the announcement is being worked on by Jamaica and the foreign governments.

It adds that as soon as all arrangements are finalised, the OPM will update the country.

Meanwhile, the OPM says issues of mutual interest to Jamaica and the foreign governments will be discussed.

The Gleaner/Power 106 News Centre understands that the British Prime Minister will make an address next Wednesday to a joint sitting of the Houses of Parliament.

His visit comes almost two weeks before Jamaica's Senate is expected to debate proposed laws to replace the UK-based Privy Council as Jamaica's final appellate court with the Caribbean Court of Justice.