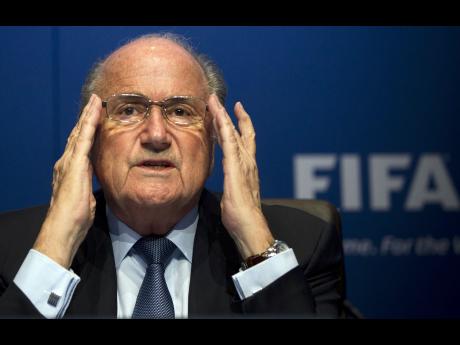 Statement provided by the Swiss Attorney General on the opening of criminal proceedings against FIFA President Sepp Blatter:

The Office of the Attorney General of Switzerland (OAG) has opened criminal proceedings against the President of Federation Internationale de Football Association (FIFA) on suspicion of criminal mismanagement as well as — alternatively — on suspicion of misappropriation.

On the one hand, the OAG suspects that on 12 September 2005 Mr. Joseph Blatter has signed a contract with the Caribbean Football Union (with Jack Warner as the President at this time); this contract was unfavorable for FIFA. On the other hand, there is a suspicion that, in the implementation of this agreement, Joseph Blatter also violated his fiduciary duties and acted against the interest of FIFA and/or FIFA Marketing & TV AG.

Additionally, Mr. Joseph Blatter is suspected of a disloyal payment of CHF (Swiss francs) 2 Million to Michel Platini, President of Union of European Football Associations (UEFA), at the expense of FIFA, which was allegedly made for work performed between January 1999 and June 2002; this payment was executed in February 2011.

On 25 September 2015, representatives of the OAG interrogated the defendant Joseph Blatter following a meeting of the FIFA Executive Committee. At the same time, Michel Platini was heard as a person asked to provide information (Article 178 of the Swiss Code of Criminal Procedure).

Furthermore, the OAG conducted on 25 September 2015 a house search at FIFA Headquarters with the support of the Federal Criminal Police. The office of the FIFA President has been searched and data seized.

As for all defendants, the presumption of innocence applies for Mr Joseph Blatter.