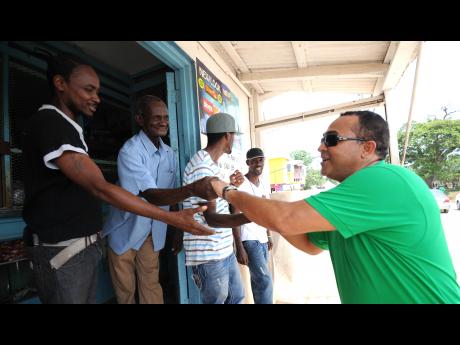 Dr Christopher Tufton (right). ‎JLP supporter Errol Mullings said he was confident Tufton would win because although Wint was from the area, a king is never recognised in his own country. 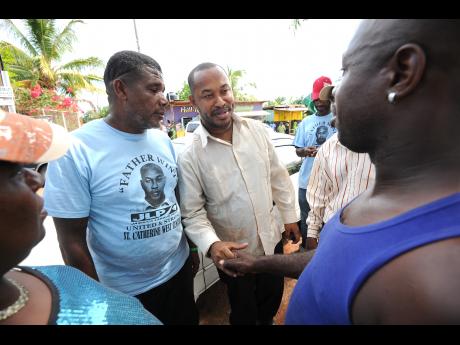 A confident Devon Wint (centre) told The Gleaner that it was "all over". 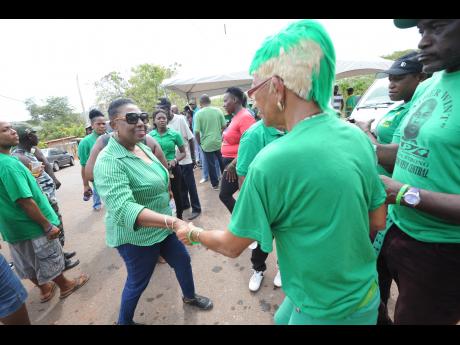 Olivia 'Babsy' Grange ‎arrived in the early afternoon at the Kitson Town All-Age School, meeting and greeting delegates and supporters.
1
2
3

There were fears that the polls would not start on time at the Horizon All Age School in Green Acres, St Catherine one of the voting centres for today's run-off between the Jamaica Labour Party (JLP's) Dr Christopher Tufton and Devon Wint as the school's caretaker could not be located.

Tufton and Wint are seeking the votes of some 504 delegates  to represent the West Central St Catherine constituency ‎in the next general election.

Dr Ken Baugh who currently holds the seat in Parliament will not be seeking re-election.

JLP general secretary Dr Horace Chang with his cellphone glued to his ear finally tracked down the caretaker after some anxious moments and the school was opened for voting 15 minutes before the 1 p.m. schedule.

Tufton arrived shortly after the polls opened giving the thumbs up to all Labourites.

The atmosphere was festive with several of the party's heavyweights on hand to lend support to the activities.

It was here that The Gleaner met with Wint, the three-term councillor for the Point Hill Division.

After just two hours of voting, a confident Wint told The Gleaner that it was "all over".

"The people have spoken. It's all over, I can tell you. The delegates have told me that all they want is water, roads and opportunities. And I am ready to deliver," he said.

"What the results ‎show is that big money politics is undermining democracy. But I know all the nooks and crannies and you cannot underestimate the little people," he said.

The official results are expected later this afternoon.

At ‎Brown's Hall, the third of the four locations where the polls were being conducted, it was quiet and peaceful with supporters apparently waiting to hear the results.

‎JLP supporter Errol Mullings said he was confident Tufton would win because although Wint was from the area, a king is never recognised in his own country.

He said he wanted the next JLP Leader to be a representative of the West Central St Catherine constituency, as both Bruce Golding and Portia Simpson Miller were from the parish.