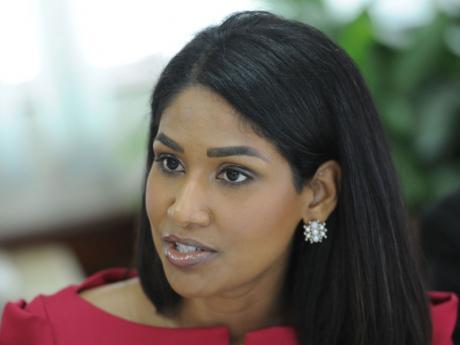 File Photo
In her release, Hanna said no paving took place at the school and as a result there was no need to explain what happened to the reported $3 million which was supposedly allocated to carry out the work.

Councilor for South East St Ann, Lydia Richards has taken issue with a statement issued by Member of Parliament for the constituency, Lisa Hanna, yesterday in relation to money which was supposed to have been used to pave the Prickly Pole Primary and Infant School in the parish.

In her release, Hanna said no paving took place at the school and as a result there was no need to explain what happened to the reported $3 million which was supposedly allocated to carry out the work.

She said the paving project had been proposed, but was not approved.

As a result the MP said  “funds were never sought from any agency nor allocated for any such Prickly Pole Paving Project”.

However, in a release of her own, Richards called Hanna disingenuous and said most of Hanna’s statement was false.

According to Richards, in August 2014 she saw a document indicating that the Bensonton Division received $4 million from the Tourism Enhancement Fund.

She says another document indicated that the money was spent on rodent control.

Richards says she has made several attempts to get a break down of how these funds were spent.

She says after several other persons began asking questions about the money, Hanna held a meeting to address the concerns.

Richards says a document was presented which showed that $1,034,325 was spent in the Bensonton Division.

According to her, while the document cited the construction of steps at the Eight Miles Basic School and the pavement of the Prickly Pole Primary School, there were no figures attached to these two items.

Richards says she subsequently checked with the Principal of the Eight Miles Basic School and ascertained that the cost of the steps including material and workmanship was $43,000.

The contentious issue has resulted in several demonstrations in the constituency and the sacking of the chairman of the Prickly Pole Primary and Infant school for her role in shuttling students to participate in a protest.

An 11-year-old student from the school took ill and subsequently died while attempting to board a bus to take part in the demonstration.